Franch football star Antoine Griezmann keeps adding partners to his portfolio and Chinese Huawei has been the latest to knock on his door and join the likes of Gillette, H&S, Beats by Dre or Puma. Griezmann has been named as a global brand ambassador for the mobile phone manufacturer, giving some additional visibility to the brand in France. The new signing was casualy announced by the brand on social media in March, while introducing the new Huawei P10. 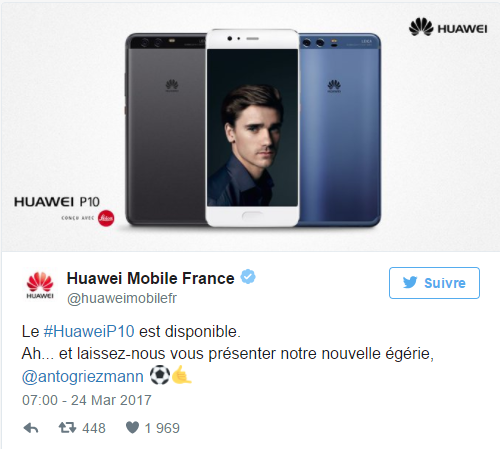 Griezmann will join the likes of Lionel Messi, Robert Lewandowski or Alexis Sanchez and will appear in promotional campaigns for the device around the world, particularly in his home nation of France. The deal makes a lot of sense for Huawei in France, considering that the brand has history with Atlético de Madrid (where Griezmann plays) and that it recently announced that it won’t renew its partnership with PSG. With Griezmann, Huawei can still be very much present in France through its best player. As you can see below these lines, he can be seen around France promoting the new Huawei P10. 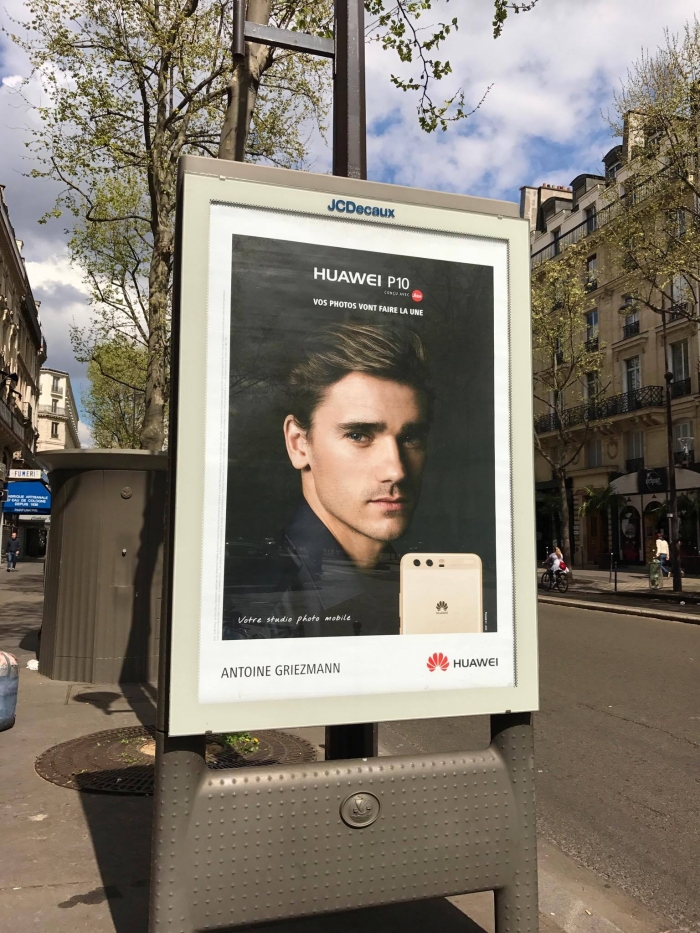