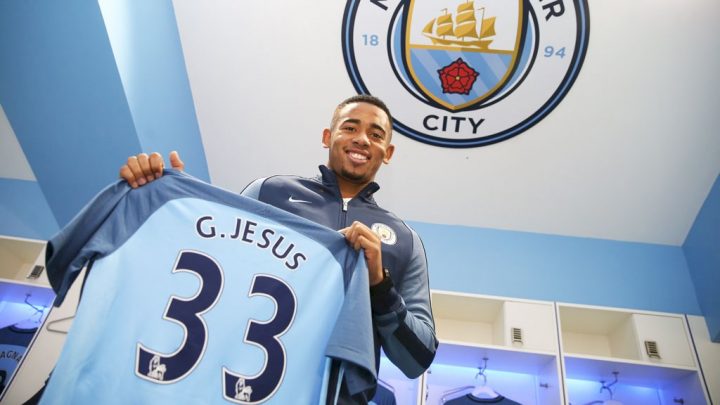 Few English football fans were talking about Gabriel Jesus a month ago. The 19-year-old striker, who joined Manchester City in January from Brazilian club Palmeiras, was highly rated but he was seen as back-up rather than a first choice for Guardiola.

Although his dreamy start with City was cut short by an injury, Gabriel Jesus became an instant City sensation, scoring three goals in four games. We might not see him again this season, but he has already succeeded in building his profile in the Premier League and his status as a future star.

According to figures compiled by sports index platform Brandtix, Gabriel Jesus’s personal brand value has increased by 21.2% since he made his debut for Manchester City on 21 January.

According to Brandtix, he has a brand index of 365, making him the third most valuable Premier League player aged 20 or under, only behind Marcus Rashford at Manchester United (index score of 376) and Dele Alli at Tottenham Hotspur (440).

The index is intended to guide brands and sponsors that want to take a more scientific approach to how they identify the best sporting talent to front their campaigns, and it shows the instant impact that Gabriel Jesus has had in England and his huge potential.

For more information about Brandtix, you can check their website and their Twitter on the links below: