For the second time, Manchester City star Kevin De Bruyne has been named the best Belgian player in a foreign league. The flame-haired playmaker has been a revelation since his move from Wolfsburg to City in the summer of 2015 and has arguably become the most important player in the squad.

De Bruyne has been recognized again for his performances by winning the ‘Best Belgian abroad’. The award was presented to him by Thierry Henry. He was typically humble in accepting his prize, he showed high expectations for the times ahead and he was looking forward the return to the action in the champions league. Chelsea’s Eden Hazard was second on the list, but far behind De Bruyne. Chelsea are performing at a very high level this season, but didn’t have a good 2015/16 campaign, and neither did the Belgian star.

Kevin attended the event with his soon to be wife and took the opportunity to share the news with his fans on social media, where he has 6.5 million followers. 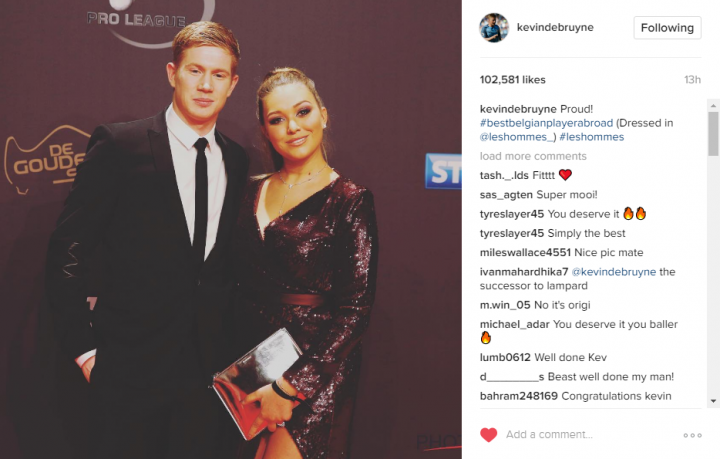