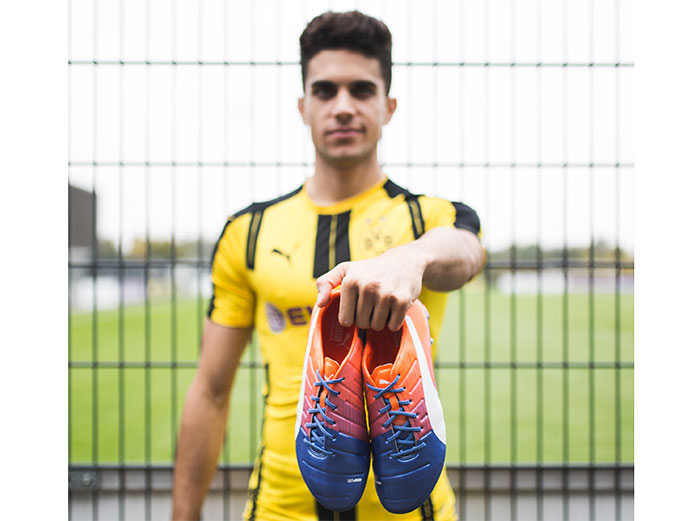 Puma has announced the signing of Borussia Dortmund’s defender Marc Bartra. The Spanish international joins the likes of Sergio Agüero, Cesc Fábregas or Marco Verratti, and will now wear the German brand’s EvoPower boots, and is expected to feature in retail and digital initiatives.

Puma is also the kit supplier for Bartra’s new club BVB. Marc will join his teammate Marco Reus as a centrepiece in BVB-based campaigns, as Puma looks to expand its presence in both Germany and the global football market. 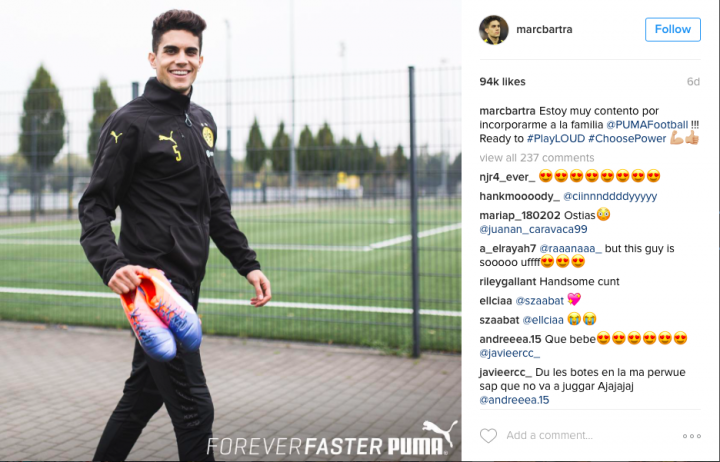 The player used his social media to make public his commitment with Puma and he seems to be very happy with the change (he was wearing Nike when at Barcelona). The global director of sports marketing at Puma Johan Adamsson, said: “Marc Bartra was an excellent signing for Borussia Dortmund in June, and he’ll be an equally important ambassador to Puma. He will help drive our retail business in both performance footwear along with BVB licensed product, and we look forward to working with him in the seasons ahead.”

Bartra added: “Moving to Dortmund this year was a fantastic move for me, and gave me a great insight into Puma through the partnership they have with BVB. I like their approach to football – to both product development and marketing, and they have some exciting things in the months ahead that I’m looking forward to being involved in.”