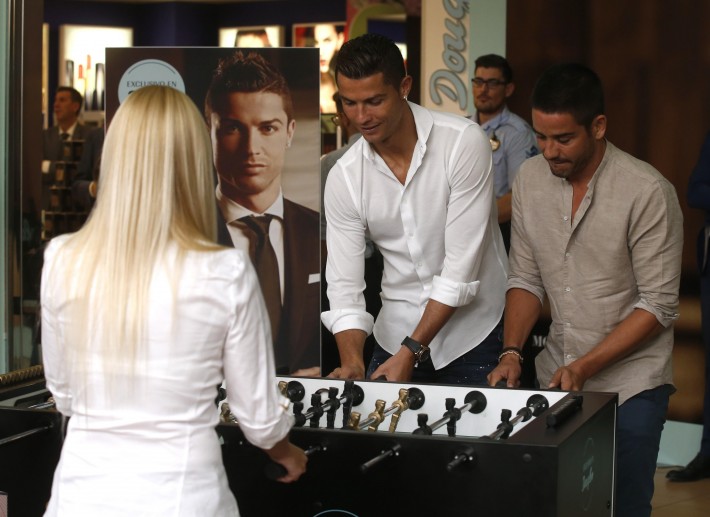 One more year, Cristiano Ronaldo has presented his new cologne “Legacy“. The Portuguese striker presented the new fragrance in Madrid, in an event that was a complete success, with many fans and press showing up. The event took place in one of the fanciest malls in Madrid and Ronaldo engaged with his fans by playing table football with them, and answered all sort of questions in front of the media gathered there.

The product was launched last year and it’s going to be commercialized under the same name this season: Cristiano Ronaldo Legacy. Anything that Ronaldo does in Madrid is on the news, and the media covering the event would later publish it in the most important sports newspapers the following day (example from Marca below), giving great visibility to the brand. Ronaldo is one of the most popular and marketable athletes in the world and this provides great exposure for all his sponsors. 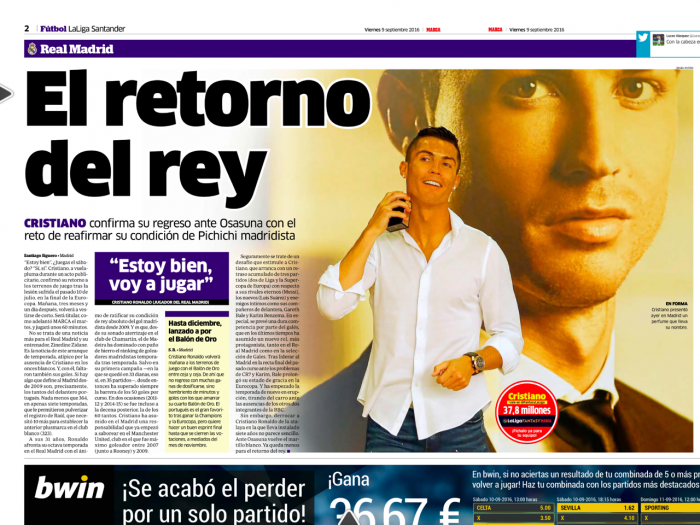 Once again, Ronaldo proves that he is more than just a football player. He is an entrepreneur and a businessman.  Cristiano is involved in many different activities, apart from being the image of many international brands, he has his own clothing brand (CR7) and his own chain of hotels (Pestana CR7).