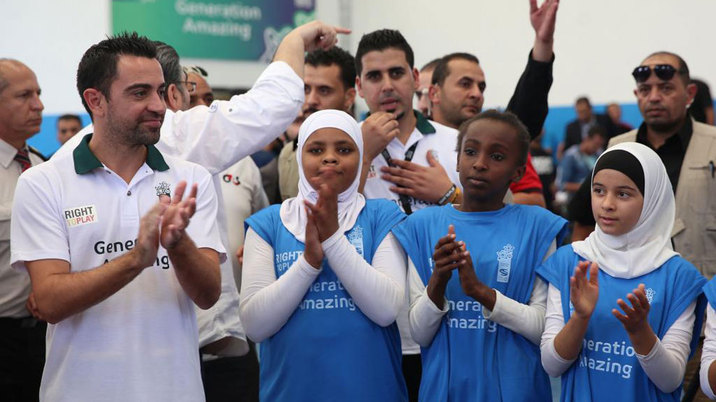 Spanish football legend Xavi Hernandez is now an ambassador for Generation Amazing, which is a new project of the Qatar football Association, a project dedicated to using football to aid vulnerable people in Qatar and the Middle East and to inspire refugees.

The mid-fielder has also become the star of their last campaign. He is very popular not only in his home country but also in Qatar, where he’s been playing since 2015. In Generation Amazing‘s latest event Xavi visited a Refugees Camp next to Amman. During the event, Xavi had the chance to play football with a group of kids and showed that he still very much possesses the necessary skills to play Football. It can also be seen in the TVC below these lines.

After the event Xavi said:

“Football is a fantastic tool to unite people, societies, it crosses cultures and religions, and unites everyone who tries to employ the game in a positive manner. Here in Qatar and in Jordan and the other countries where Generation Amazing is present and has opened pitches, we can use football to unite people. Of course I will also learn from the kids. In life you always have to try and learn things, and improve as a person.”.

When Qatar bid to host the FIFA World Cup, the Generation Amazing programme made a commitment to use the power of football to change lives, and they are doing it.

Even if Xavi is not very active on social media, he is highly valued on traditional media. He is respected by all and everything he does  is always present on the Spanish Sports media. People at Generation Amazing know it and that’s why they use him as the face of the project.