French star Paul Pogba has been one of the stars of the summer. The former Juventus player took part in the Euro 2016, which France would lose in the final to Portugal, and has been on the spotlight since Manchester United secured the world record transfer of the French midfielder (GBP 89m). 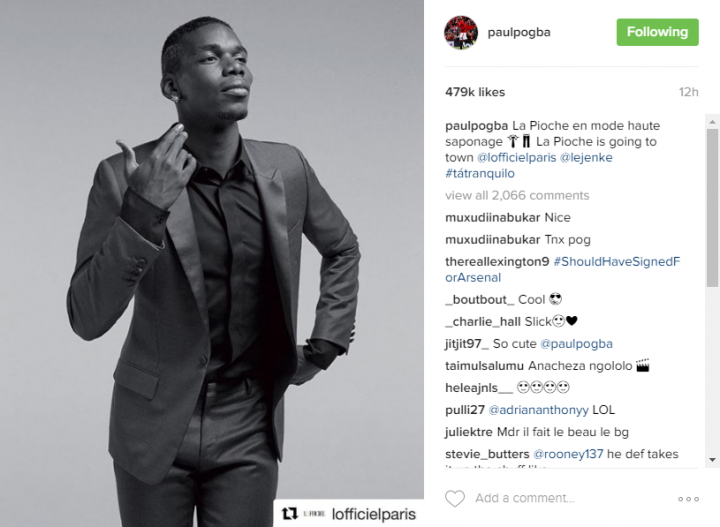 Pogba is still a very young player and has to prove his value, many say, but what is clear is that he is very popular and even worshiped by many. His potential makes him one of the most iconic young ambassadors of the German giant Adidas and we will sure see him doing commercial campaigns for several brands. For the time being, we could recently saw him modelling for the magazine L’Officiel Paris. The fashion/lifestyle magazine chose Pogba to get the attention of football fans and to gain some visibility through the player’s social media accounts. He shared a couple of photos of the session on his Instagram account, where he has 8.2m followers. Both images combined got almost 1m likes, which gives great visibility to L’Officiel Paris, which only managed to get 2500 likes with the same photos on the magazine’s official account. 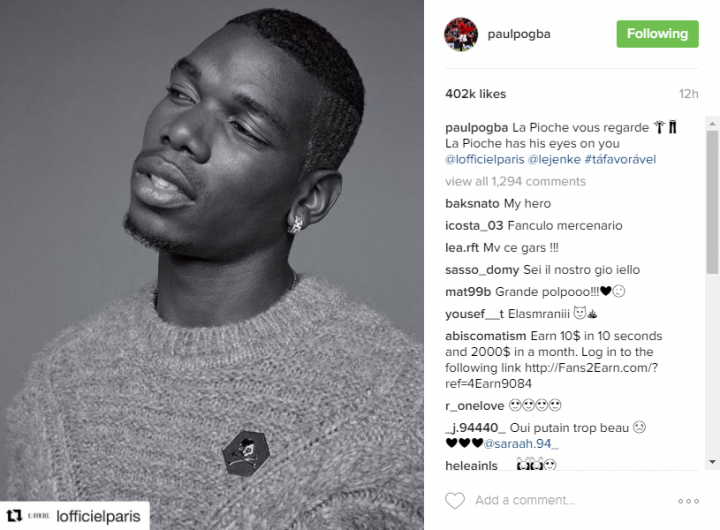