Zlatan Ibrahimovic retired from international football in June after taking part in the Euro 2016 with Sweden. After several years playing for the national team and, lately, captaining it, Zlatan decided to step aside and one of his sponsors, Swedish car manufacturer Volvo, prepared a nice tribute for one of Sweden’s all time greats. Volvo has been working with Zlatan for the past couple of years and successfully using him as the face of the brand as you can see in the intense and emotional last advert to say farewell to the Swedish striker.

Farewell aside, Volvo keeps activating the relationship with Ibrahimovic and recently launched a new campaign to promote the latest models. The brand’s global ambassador is obviously the main star of it. Volvo has captured all sort of content with Zlatan and the new cars and he features in printed ads all over the world. Below these lines, an recent example of Ibrahimovic and Volvo in the Italian La Gazzetta. 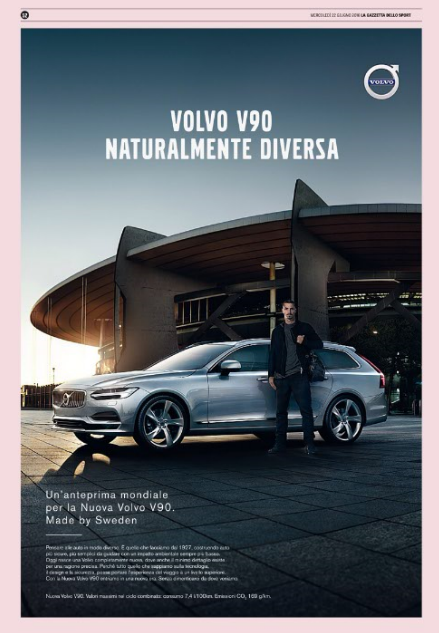