Petr Cech signing for Puma had been a consistent rumour for the past few weeks. It now seems to be certain that Petr Cech joined Puma after he wore the brand’s evoPOWER boots and Puma gloves in Arsenal’s first official match of the season against Liverpool. Cech was spotted wearing Puma evoPOWER boots and goalkeeper gloves during pre-season, having worn Adidas boots and gloves at Euro 2016 just about a month earlier, and that’s where the rumours started. Cech had been wearing Adidas boots for the most part of his career, although during this first years at Chelsea he used boots and gloves by Italian brand Lotto, but changing to Puma seems a smart and logical move, given that the brand is Arsenal’s technical partner. 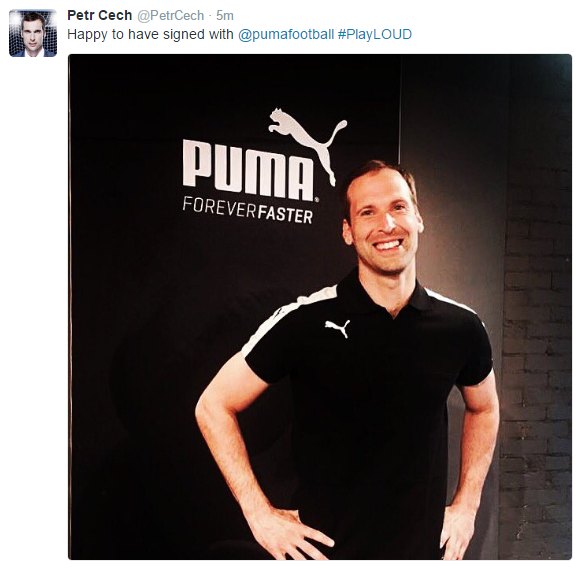 To confirm the rumours, the switch was officially announced on Peter Cech’s official Twitter account a few days ago and we should expect to see him in Puma’s campaigns next to players like Cesc Fábregas, Sergio Agüero or Marco Verrati.