Cristiano Ronaldo has slowed down and has to travel to Turkey to regain his speed in the latest ad of Turk Telekom. In the ad we can see Real Madrid’s star as a robot who starts having problems of speed. Finally, he gets  installed a chip which improves his performance, in clear reference to the speed advantages of 4.5G technology. 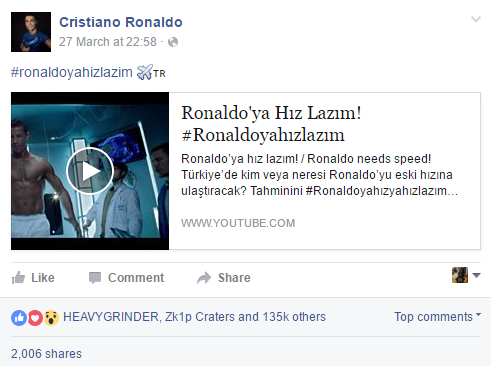 Cristiano is also the face of other telecom companies like the multinational Altice and HOT in Israel.

But the popular striker is not the only player who captures the attention of the telecom companies. Leo Messi, his eternal rival, has signed one of the most relevant endorsement deals this season with Ooredoo -the biggest telecom worlwide. Curiously, as the Portuguese star, the Argentinian finds a double of himself that is a robot in the first ad of the campaign.