FC Barcelona and Spain national team player, Jordi Alba has launched his personal App ‘Jordi Alba Oficial’ with IconsZone.  Not many players have their very own fan dedicated app and he used his social media accounts to bring the news to his fans and followers. This app has been created with the aim of giving his fans some exclusive information, photos, personal opinions, videos, games and all what he shares on his social media official accounts. 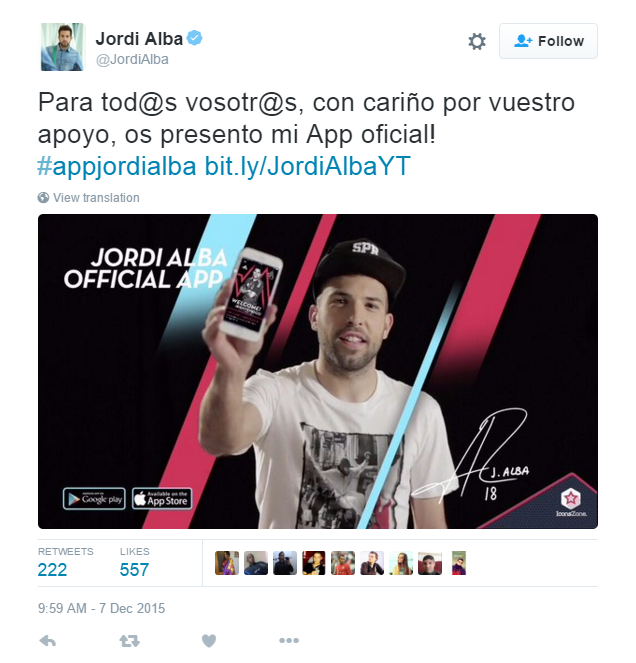