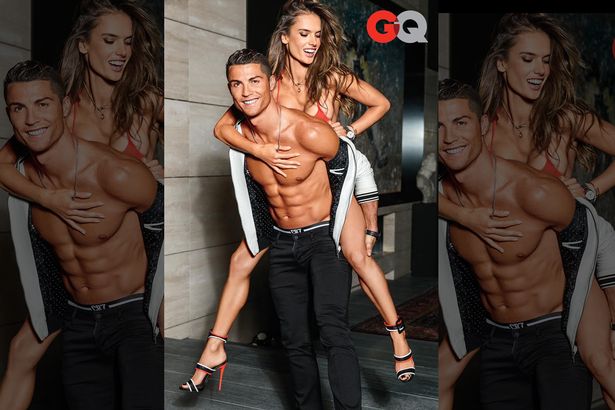 Real Madrid striker Cristiano Ronaldo keeps making the best of his popularity and of his privileged body and is GQ’s ‘Body Issue’ cover star featuring next to Victoria’s Secret angel Alessandra Ambrosio. He has just won the prize of the physical perfection according to this men magazine.

Cristiano Ronaldo’s career as a football player is probably moving towards the end of it just as he is becoming more involved and more active off the pitch. As we can observe in his commercial campaigns he is not shy at all in front of a camera and he is happy to participate in all sorts of campaigns and non-football related projects.

For this particular activity the stunning duo had a great time as we can see in the videos that GQ has uploaded to the net.

Cristiano Ronaldo playing tricks with the ball in his underwear

Behind the scenes with Alessandra Ambrosio

Of course, as every collaboration, it comes together with social media activation on his and her personal accounts, which gives extra notoriety to the action and increases its reach notably. 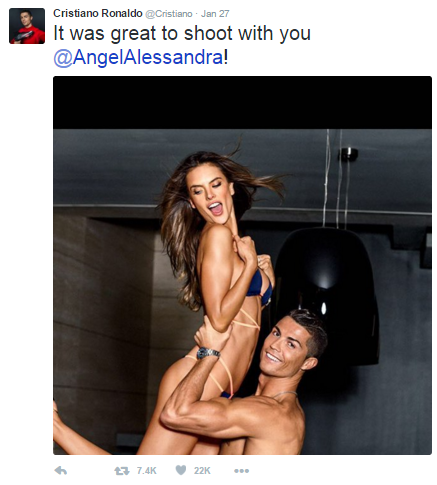 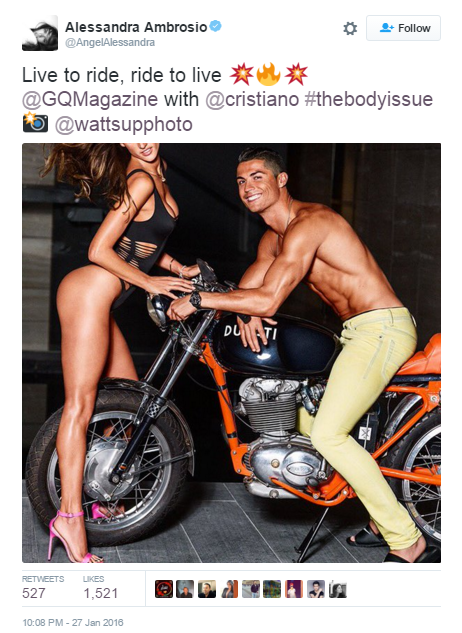 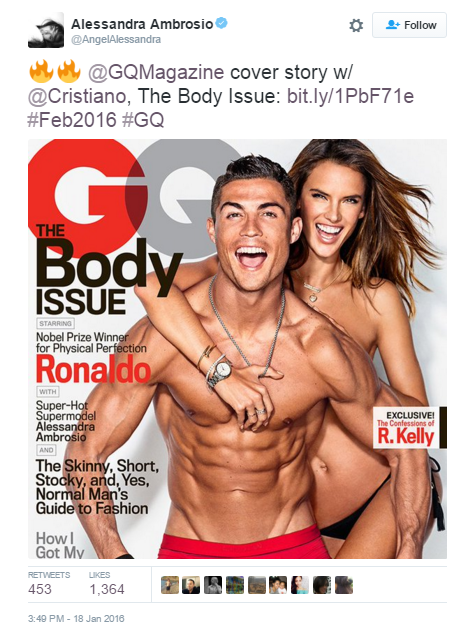