Manchester City signed Kevin De Bruyne from Wolfsburg last summer in what was one of the most expensive signings but the young Belgian has proved being worth every penny so far. His form is fantastic and he is having a very positive impact in the team since he arrived. Incredible numbers for a fantastic player that is called to do great things for his club and for the national team. 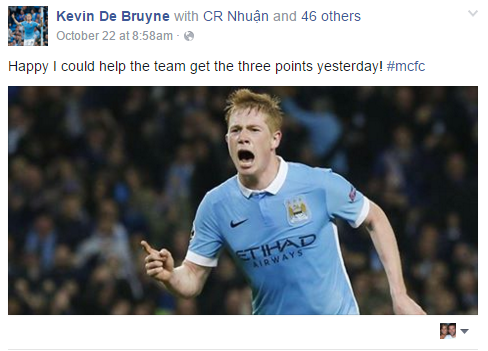 Kevin has already played for Manchester City for a total of 850’ and he has contributed with 6 goals and 6 assists in just 11 games. He is not only the present but also the future of European football and next summer he has a very exciting challenge ahead of him: Euro 2016. During the preparation/qualification rounds for the next Euro he has also played an outstanding role for the national team, being named the best player on the team on different occasions and having provided 5 goals and 2 assists in 10 games, to help Belgium brilliantly qualify for the tournament. 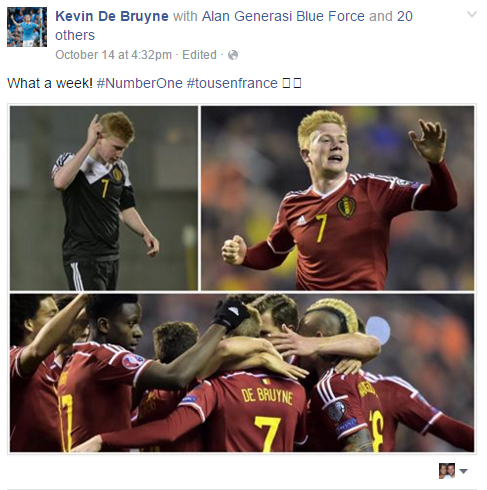 Not only he is growing fast and becoming a global star on the pitch but also off it. He is very active on social media where he has already reached 3m followers combining Facebook, Twitter and Instagram and he shares his progress and his thoughts.