While the influential duo where touring Manchester City’s facilities, Sergio Agüero took the opportunity to take a selfie with them on the pitch. A selfie which has already been tagged by some as the selfie of the year. You can see it below. 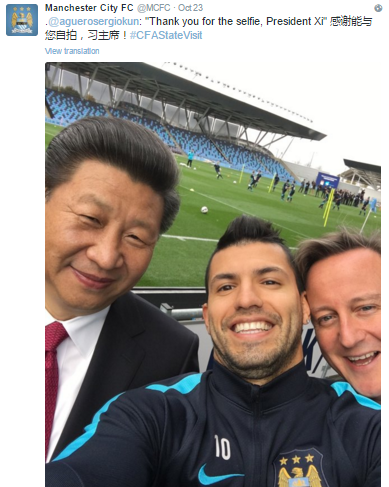