He joined the team for a surprise training session in their brand new kit and showed off a few moves of his own. After the session he conceded an exclusive interview to speak about what means for Wales to be in a big tournament like the Euro after 58 years of waiting. The session included a photo shoot to capture some imagery to promote the action and to give some visibility to the brand in the different publications that wrote about it and that took the opportunity to publish this very exclusive interview. 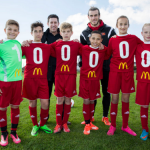 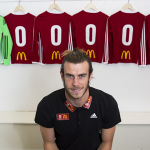 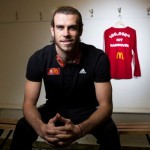