Sony Pictures Spain recently launched a campaign to promote the latest movie from the James Bond series, Spectre. To promote the movie, Sony dressed up Spanish sports heroes Andrés Iniesta (football), Ricky Rubio (basketball) and David Ferrer (tennis) as Ian Fleming’s popular character but, no matter what they do, #ThereIsOnlyOneBond.

Andrés Iniesta took the opportunity to share the campaign with his followers on social media and to give some visibility to Sony and to the upcoming movie. 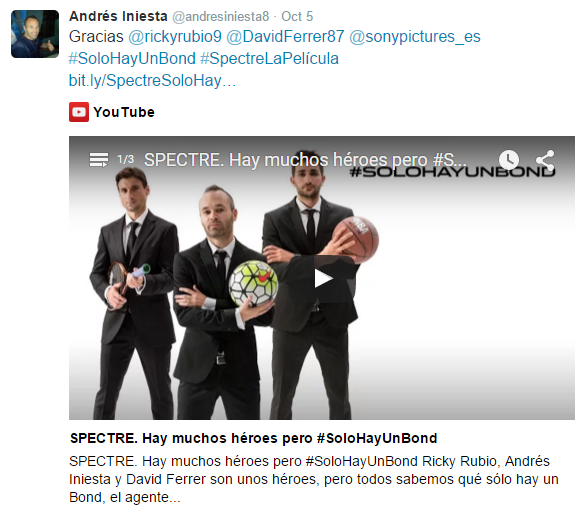