Dental care specialists Dentix recently announced that Iker Casillas would follow the steps of former team mates and fellow footballers Figo and Xavi as the ambassador of the brand. The international goalkeeper attended an event in Madrid were the partnership was announced and a new TVC featuring Casillas was released. The goalkeeper is the new face of the dental clinic and will feature in different marketing campaigns to promote Dentix and the services that the clinic offers.

The player can be seen on Dentix‘ website promoting the clinic’s services and he also took the opportunity to promote the brand through his social media accounts, as its common practice nowadays. 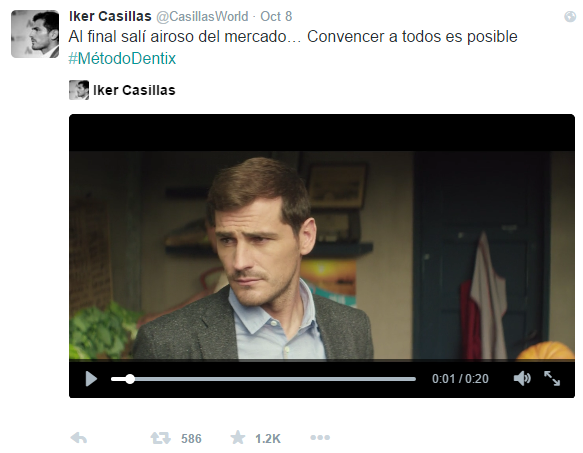