After having conquered the fashion world with his CR7 brand, Cristiano Ronaldo is now exploring new territories and recently launched his new perfume, Legacy, in Madrid, in a ceremony held at the Ramses restaurant in the capital.

“I wanted a perfume that was a number one like me, it was seductive,” said the Real Madrid player, who participated throughout the process, choosing scents that were to his liking, for a final score of a round perfume, with intense smell of wood.

“It is a perfume that leaves a mark, that’s why it has my name, because I am a person who has left a mark and always tries to leave one,” said Cristiano Ronaldo.

The player also used his social media accounts to reach out to his huge fan base (more than 170m) to announce the launch and to promote the new fragrance. 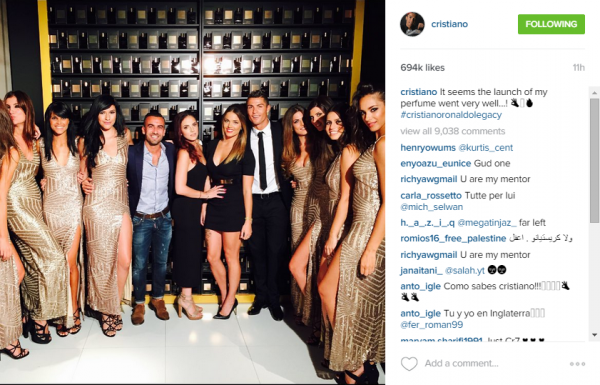 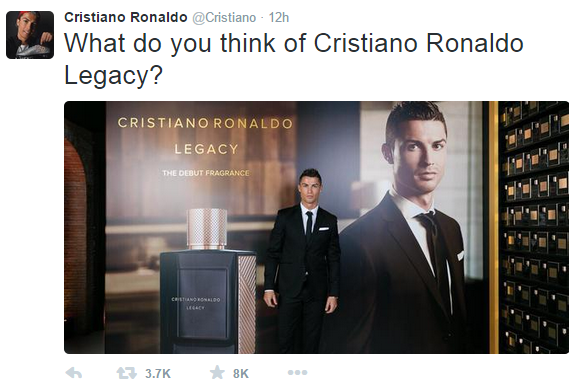 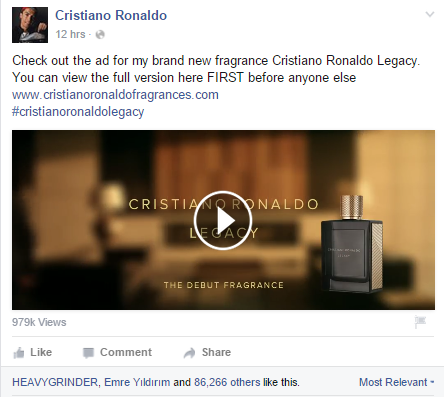