FC Barcelona’s Ivan Rakitic took part in an event by Adidas where he had the chance to be, for once, the judge. He is very used to being judged and having everybody giving their opinion on him but, on this occasion, he was the one who had to judge the other in Adidas‘ #bethedifference event. The event, which included an exclusive interview with the player, was largely covered and later published (an example from SPORT can be seen below these lines) in different newspapers, giving great exposure to Adidas. 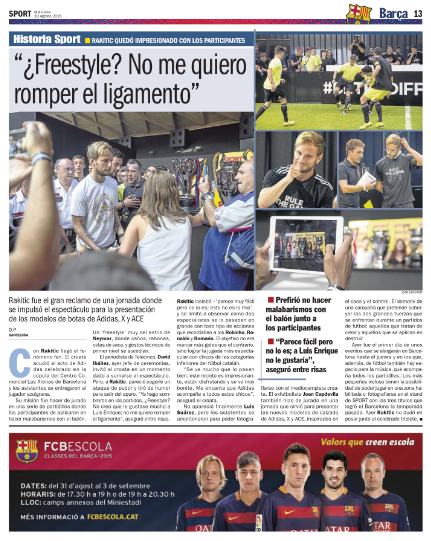 Funnily enough, Rakitic can also be seen in the same page next to Messi, Neymar Jr., Luis Suárez and Iniesta, promoting FC Barcelona’s academy, and proving that he is becoming an instrumental player in the club.