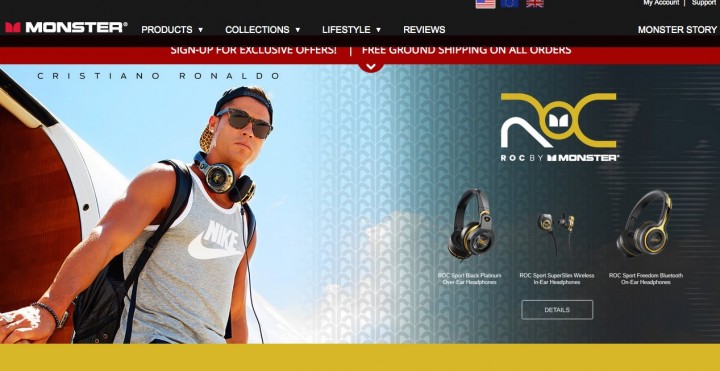 “Everything in my life is about performance and quality,” said Cristiano. “We launched ROC Live Life Loud to give my fans around the world direct access to high design and the best sound quality on the market.”

For Monster, the partnership seems designed to replicate the company’s success with the Beats by Dre line it helped produce — a range of headphones that eventually morphed into Beats, purchased by Apple in May last year for $3 billion. The company’s success was helped by endorsements from celebrities, and although Ronaldo might not exactly be a household name in the US, he’s a megastar abroad. In fact, by some accounts he’s the world’s most popular athlete, with 37 million followers on Twitter and 105 million on Facebook.

For the first campaign with Monster, Cristiano was disguised as a homeless person in the middle of Madrid. And the video went viral and has already reached 11m views in one month.