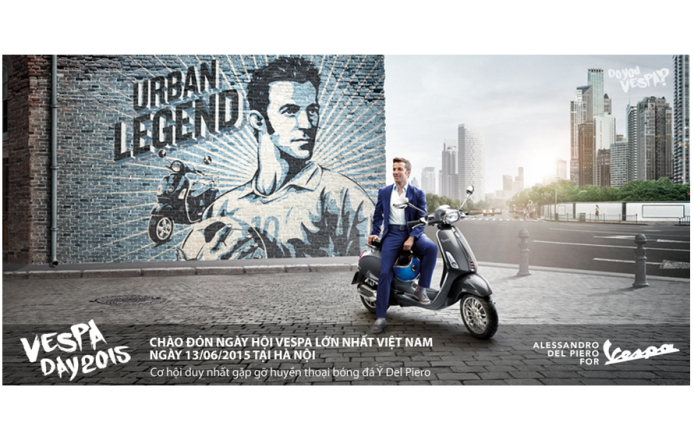 Italian soccer great Alessandro Del Piero has become a brand ambassador for Vespa, the classic motorcycle brand owned by Piaggio, in India. The 2006 Fifa World Cup winner, 40, will visit India on 1st September as part of his association with the company, just like he did a couple of months ago in Vietnam. 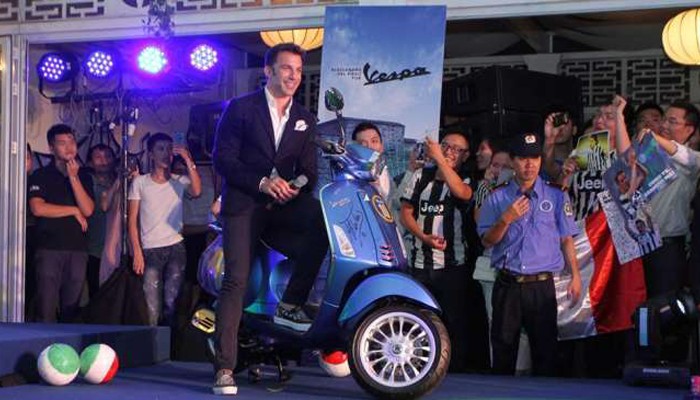 Piaggio launched the Vespa brand in India in April 2012 and now manufactures the bikes at its facility in Baramati, Maharashtra.

Del Piero played in India for a couple of months and that turned into the perfect excuse for Piaggio to link Italy and India through the player. He represented the Delhi Dynamos in the Indian Super League (ISL) last year, following a 19-year career with Italian giants Juventus and a two-season stint with Australian side Sydney FC.

The player is also promoting the brand and giving visibility to Vespa through his very own social media accounts. Below these lines we can see the most recent example, where Del Piero shared a picture (to his almost 1m followers) of an event that was organized by Vespa and that saw the Italian legend paint a masterpiece with his feet. 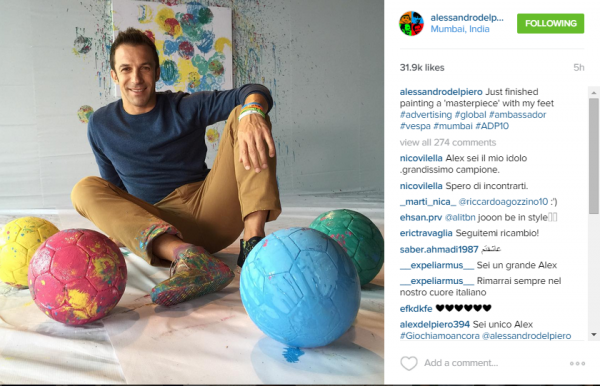