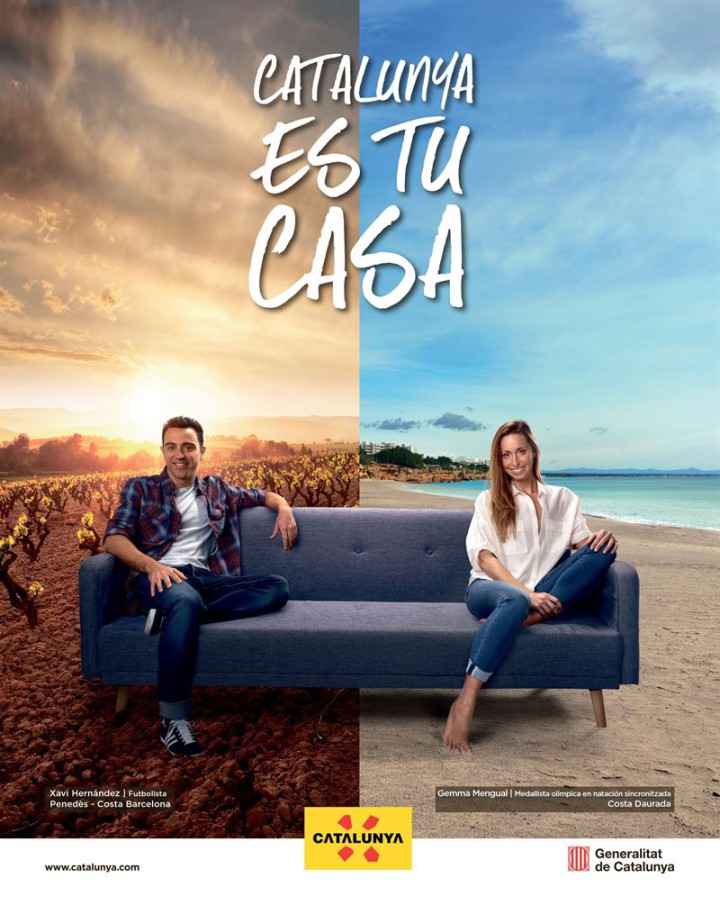 FC Barcelona star Xavi Hernández has been chosen to be one of the ambassadors of Catalunya. This year’s campaign to promote tourism in Catalunya (“Catalonia is your home”) has involved a number of Catalan celebrities including the likes of: Ferran Adrià, Kilian Jornet, Edurne Pasaban, Custo Dalmau or Judit Masco.

The Catalan Tourist Board (ACT) produced a 20-second TVC, two of ten seconds and ten different printed ads, which will be used mainly in key markets like Catalonia, Spain and Germany, through various media such as television, newspapers, online media and also on the exterior of buses and in subway stations.

In this particular spot, Xavi mentions some of his favourite things to do in Catalonia. Amongst other hobbies, for FC Barelona’s #6 there is nothing like walking among vineyards, forests and villages, relaxing on the beach or enjoying a good wine and Catalan cuisine.