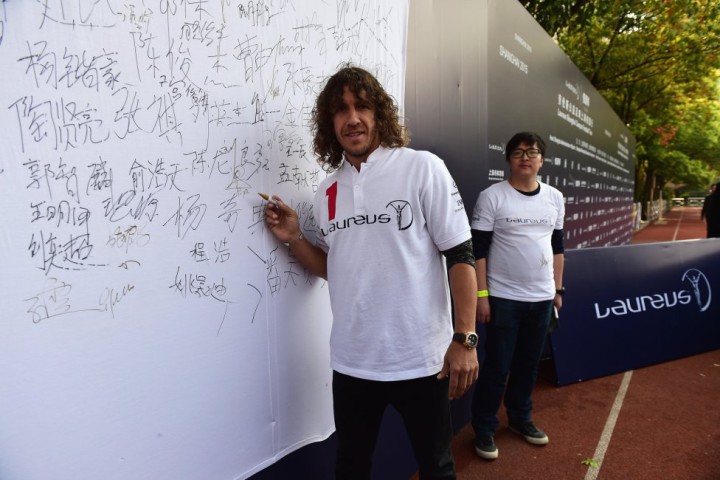 Carles Puyol’s first act as one of the newest ambassadors of Laureus was attending a ceremony sponsored by the foundation at a school in Shanghai that uses football as an educational tool. Former FC Barcelona captain received a warm welcome by many children dressed in a Barcelona shirt.

Puyol became an improvised coach next to Fabio Capello and when he was asked about his immediate future, by the media gathered in Shanghai, he said he doesn’t rule out any option, “Now I want to fully recover from my knee problems. A few months ago I couldn’t walk down the stairs and now I’m getting better. Could I play or train in the future? I don’t rule out any option”. He also shows excitement in front of the possibility of discovering the USA: “It’s an interesting life experience. I will think about Vanessa and Manuela and we will decide when the time comes.” 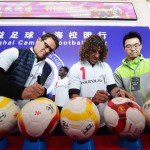 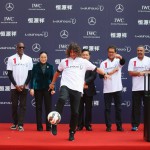 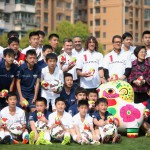 About the experience of being Laureus’ ambassador he said that “I am thrilled with the appointment, I want to give back to society what I have received. Geri (Piqué) has also been appointed as a Laureus ambassador and I like the fact that it’s a very active foundation in supporting the rights of children”.