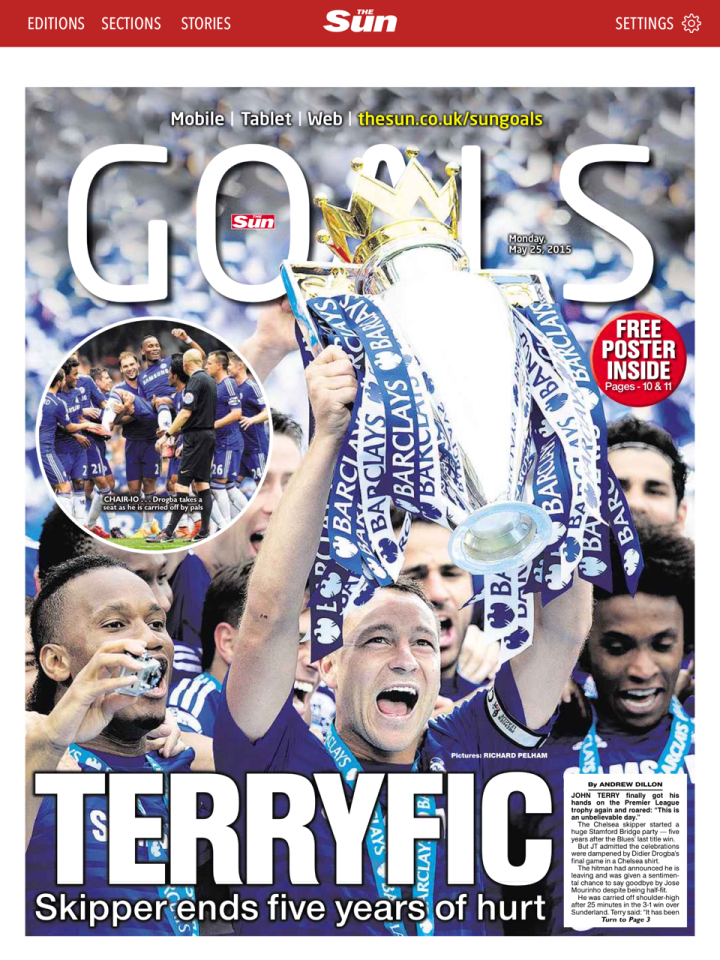 John Terry recently lifted the Barclays Premier League trophy confirming that he has had a dream season at Chelsea FC, both on a collective and a personal level. Not only he has won the Premier League and the Capital One Cup this season, but he also became the highest scoring defender in Premier League history.

The Blues captain, who has scored in each of the last 15 seasons, scored his 39th against Liverpool, hence moving clear of former Everton left back David Unsworth, who hit the back of the net on 38 occasions in the top division.

His header against Brendan Rodgers’ men was his fifth Premier League goal of the season, leaving him above the likes of Manchester United’s Radamel Falcao, Liverpool forward Mario Balotelli and Manchester City striker Edin Dzeko in the goalscoring charts.

Terry‘s total of 39 goals is made more impressive by the fact he does not take penalties – something Unsworth was famous for during his lengthy career with teams including West Ham, Portsmouth and Wigan Athletic. 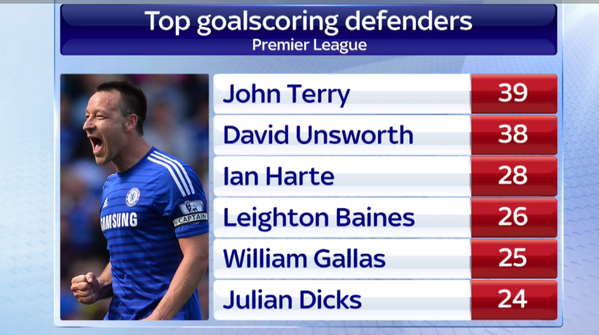