German giant Adidas has many ambassadors and endorses a number of football players but some of them are more valuable than others to give visibility to the brand. While all players serve as a good marketing platform and a fantastic communications channel and contribute to raise awareness and reach a wider audience, a player like Gareth Bale proves to be more effective than others.

A simple tweet before a game announcing what pair of boots he will use generated more than 7000 active engagements by his fans, thus giving some nice visibility to Adidas. And considering that he has more than 6.6m followers, we can easily assume that his tweet promoting Adidas reached more than 1m people. 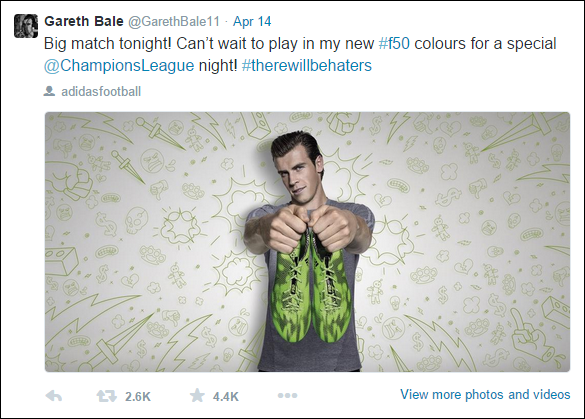