FC Barcelona star Neymar Jr. is one of the most marketable athletes and a roster of partners that includes brands like Volkswagen, Claro, Panasonic, Nike, Clear and Rexona proves it. He has recently signed a new deal to become the face of Listerine across Brazil.

Neymar Jr. will appear in national advertising campaigns over the next two years, after striking the deal with parent company Johnson & Johnson‘s Brazil division. Neymar announced the news on his Facebook page and even his friend and fellow Brazilian Ronaldo published it on his Instagram account. 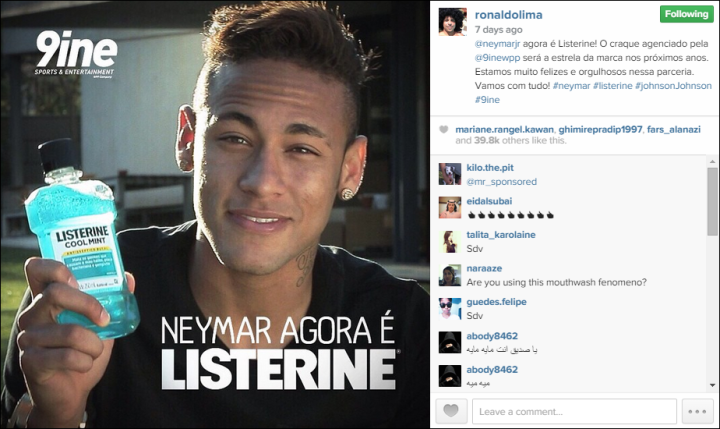 “We bet on Neymar for his charisma and ability to be an amplifier, contributing to the brand’s growth,” said Ronaldo Art, Johnson & Johnson Brazil’s consumer manager.

Once again, a football player is seen as the best possible marketing and communications platform.