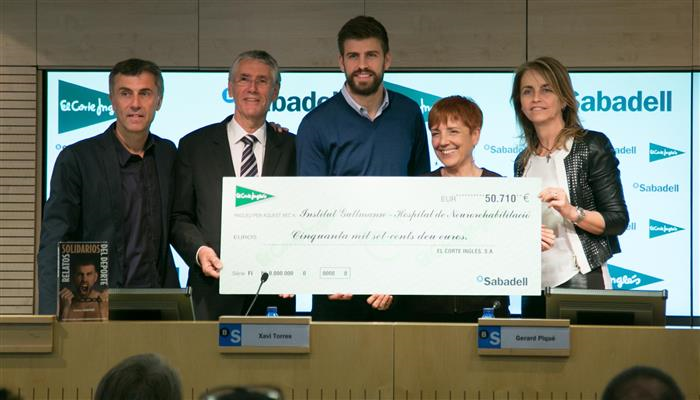 Torre Banc Sabadell recently held an event, with the presence of FC Barcelona’s player Gerard Piqué, which saw him delivering a check for 5,710 euros, generated by the sale of the tenth edition of a series of solidary sport stories that is written each year by a group of sports journalists. The event was sponsored by Banco Sabadell, which takes care of the expenses regarding the edition and publication of the book, and by “El Corte Ingles”, which sells the book in its malls without adding any additional margin to it.

This year’s recipient of the check has been the Guttmann Institute, a hospital from Barcelona, specialized in neurorehabilitation from brain and spine injuries.

The event was attended by FC Barcelona’s defender Gerard Piqué, who features in the cover in this year’s edition of the book. During his speech, he expressed “pride and honor to be part of this initiative that has already raised over 600,000 euros”. He stressed that when it comes to the recipient of the check “from the Guttmann Institute a priceless work is done. I have had the opportunity to visit it many times, and seeing how patients are struggling day to day to have as much of an independent life as possible gives is very impressive”. 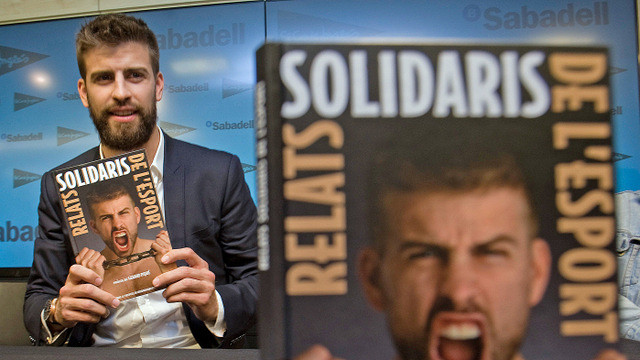 The event was also attended by Montserrat Bernabéu, director of brain injuries in the clinic and mother of the player, Ramon Rovira, director of Communication and Institutional Relations at Banco Sabadell, Lluís Buil, Regional Director of Catalonia and the journalist Xavi Torres, who presented the act.