Real Madrid’s captain Iker Casillas recently invited some fans to Santiago Bernabeu Stadium to see him and the team play live. The goalkeeper organized a contest via Twitter that saw the winners attend the Champions League game against Schalke 04 in Madrid. The action was to promote his own brand 1K and his official website/community but it was a nice initiative and a fantastic prize for his fans. It’s a good example of how a player can interact with his fans and reward them for their unconditional support. 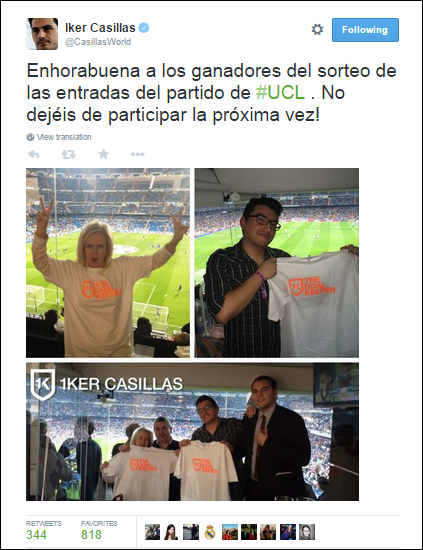