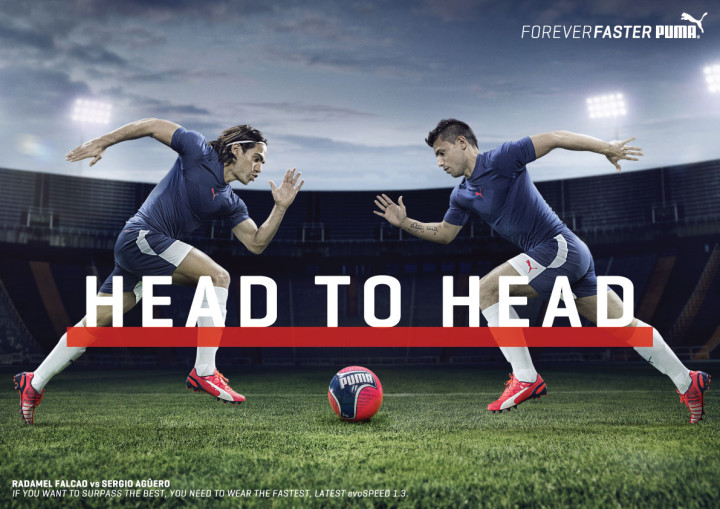 Ahead of the legendary Manchester Derby in April 2015, PUMA created a fantastic commercial with two of the brand’s biggest ambassadors. Sergio Agüero and Radamel Falcao met up for a personal showdown at a secret location in Manchester. The two South American Internationals went Head to Head and showed off their skills, taking each other on in front of a hundred football fans in red and blue.

The clash took place on a unique square pitch, featuring four goals covered by sliding doors that were operated by the fans to keep Agüero and Falcao on their toes. As one goal opened another one shut in a new style of football that tested the South American players’ abilities.

Both players promoted the video on their social media accounts and helped the brand gain some visibility. Below these lines you can see the outcome of PUMA‘s campaign with the two football stars: