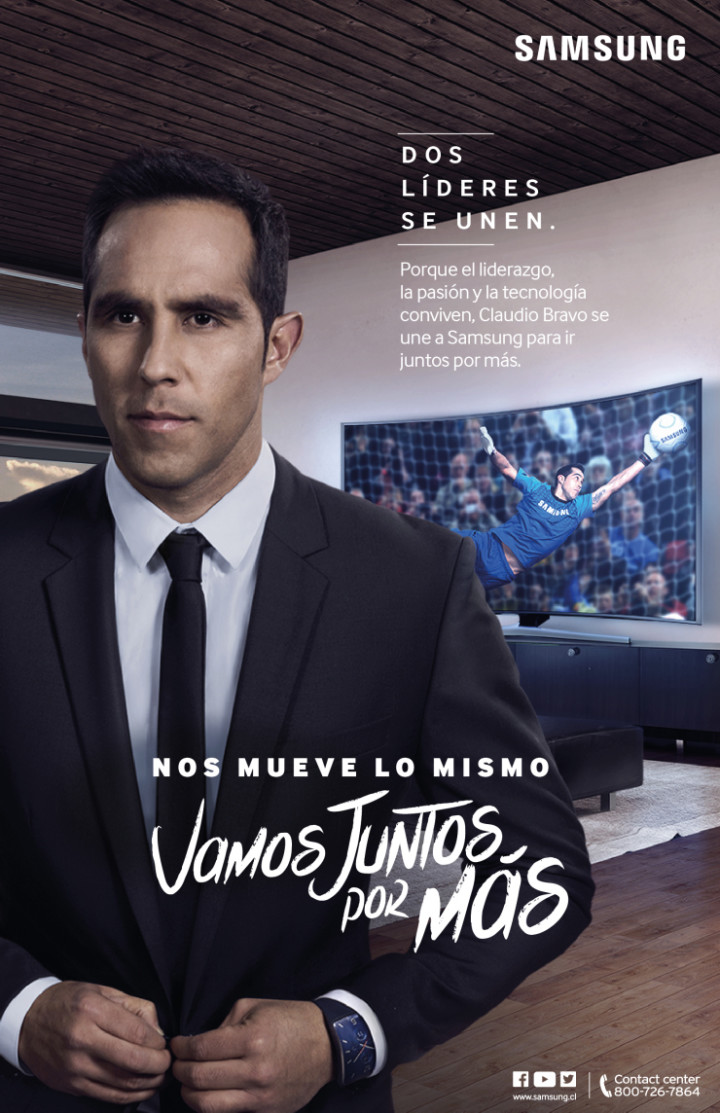 FC Barcelona’s goalkeeper Claudio Bravo was recently announced as the new face of Samsung in his home country, Chile.

“We are moved by the same, going together for more” is the motto under which Samsung Electronics Chile and Claudio Bravo sealed their alliance. As per the agreement, the current captain of the Chilean football team and FC Barcelona’s goalkeeper, will feature in various local campaigns that seek to inspire Chileans to get better and seek to keep improving.

“When a sponsorship opportunity comes along, one always tries to find synergies with the potential partner. Samsung is a serious brand, worldwide leader and the confidence, leadership and professionalism that it transmits is key for me” said Claudio Bravo regarding his new relationship with the multinational.

The Chilean player will feature in a commercial, which will be released soon, where his role as leader, but this time off the court, will be obvious and he will try to transmit that it’s not only in football that you can strive for more.