Pending official confirmation it seems like Brazilian star Neymar Jr. might have joined PokerStars‘ roster of ambassadors. If that’s the case, Neymar Jr. will join his fellow Brazilian Ronaldo and tennis player Rafa Nadal, who have been working with PokerStars for the past couple of years. 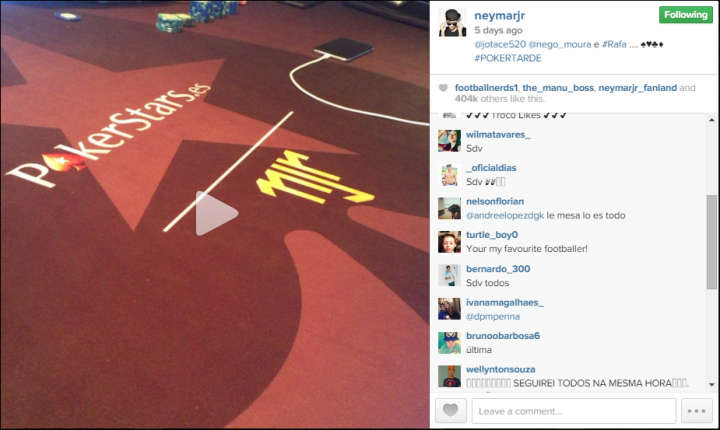 PokerStars were looking for a remarkable ambassador of the sports industry and football was the brand’s preferred choice. Rumor has it that the brand had offered a very lucrative endorsement deal to PSG star Zlatan Ibrahimovic, but the Swedish player ultimately turned it down. The brand quickly worked on finding an alternative and Neymar Jr.’s love for poker (he has posted several images of himself playing with his friends on his social media accounts – click on image to see video) paid off. There is no official confirmation but could we assume by the recent video that the FC Barcelona star uploaded on his Instagram that he has established a formal relationship with PokerStars? Is the fact that he has a personalized poker table significant? Either way, it will be answered in the next weeks.