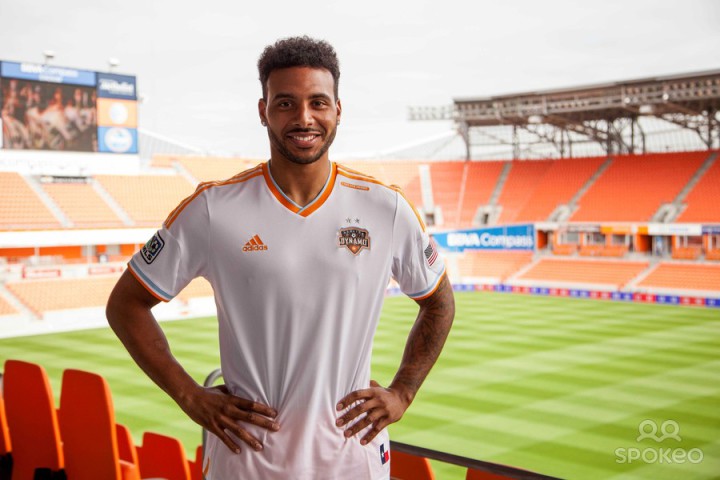 Soccer is growing fast in the US and brands are aware that the competition is becoming an important marketing platform. Big corporations and top brands are becoming partners of either the competition or the clubs and players that take part in it. The latest agreement has been between BBVA Compass, the American subsidiary of Spanish banking group BBVA, and Houston Dynamo’s soccer player Giles Barnes, who now has a personal endorsement deal with the bank.

26-year-old Barnes, who won the Dynamo’s club MVP award for his performances across the 2014 Major League Soccer (MLS) season, will work with the bank and his team on several joint community initiatives.

“Giles brings an exceptional level of enthusiasm and passion to the game that resonates with fans and the Houston community” said Mark Montgomery, BBVA Compass‘ chief executive in Houston. “Those are exactly the qualities we were looking for in our newest brand ambassador”.

It’s worth mentioning that BBVA Compass already has deals in place with the Dynamo, and on top of giving name to Houston Dynamo’s stadium, it’s the front of shirt sponsor of the Houston Dash professional women’s soccer team.

Barnes, an Englishman, joined Houston Dynamo in 2012 and has since made 73 appearances, scoring 21 goals.

The player has used his Twitter account to announce the partnership and give some visibility to BBVA Compass. With a bit over 8,000 followers he is far from being a Cristiano Ronaldo on social media but everything helps. 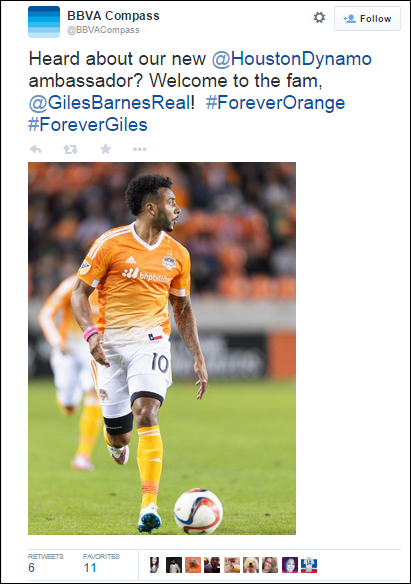