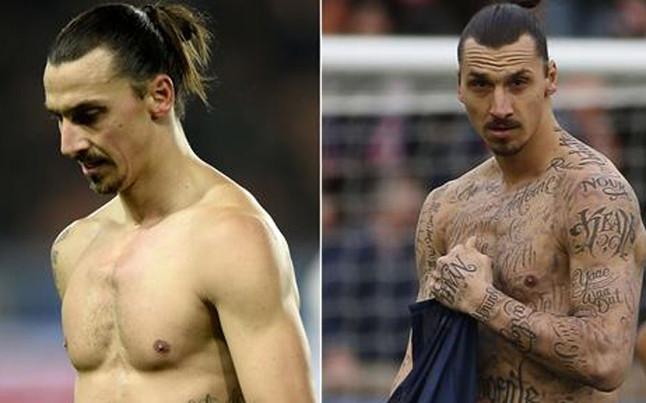 Swedish striker, Zlatan Ibrahimovic, surprised everybody when he revealed during a recent game 50 new tatoos on his body. Paris Saint Germain’s player is not, all of a sudden,  addicted to tattoos or has gone mad and is fishing for attention. On the contrary, he is more aware than ever of his status as a football celebrity and willing to help people who are not as blessed. Zlatan Ibrahimovic’s new body was part of a campaign orchestrated by United Nations and the player was specifically supporting a campaign to give visibility to World Food Program (WFP).

Zlatan Ibrahimovic played against Caen with 50 names tattooed on his body. The campaign is built around 50 symbolic names that represent the 80 million people currently receiving WFP assistance in Syria, Iraq, South Sudan, the Central African Republic, those affected by Ebola in Guinea, Sierra Leone and Liberia, as well as in Bolivia, Cambodia and the Democratic Republic of Congo.

Ibrahimovic played  with the names of people like Carmen, Mariko, Antoine, Sawsan, Chheuy, Lida, Siatta, Rahma, Yaae temporarily tattooed on his body to draw attention to hunger and what WFP is doing about it.

Portuguese coach José Mourinho also wanted to show his support and showed up in the press area after a Champions League game wearing a WFP badge.