German brand Adidas recently opened a new store in Barcelona and the brand’s most iconic ambassador, Leo Messi, was there for the innauguration. The Argentinian icon was the guest of honour during the evening where many special guests attended.

Following the official opening ceremony, which was conducted by Guillem Balagué, Leo was the first to enter the store and experience the special area dedicated to his record breaking career. “Leo´s Museum” houses a range of interesting artefacts from his already dazzling career, including replicas of his four FIFA World Player of the Year Awards, special editions of the adizero f50 Messi, and his match worn shirt from the 2014 FIFA World Cup Final. As it happens in the majority of this promotional events, different media were present to ask cuestions to Messi and to capture the moment. It was later published in many different newspapers like the example you can see below. Fans also had the chance to take some pictures with the player and the event was a huge success. 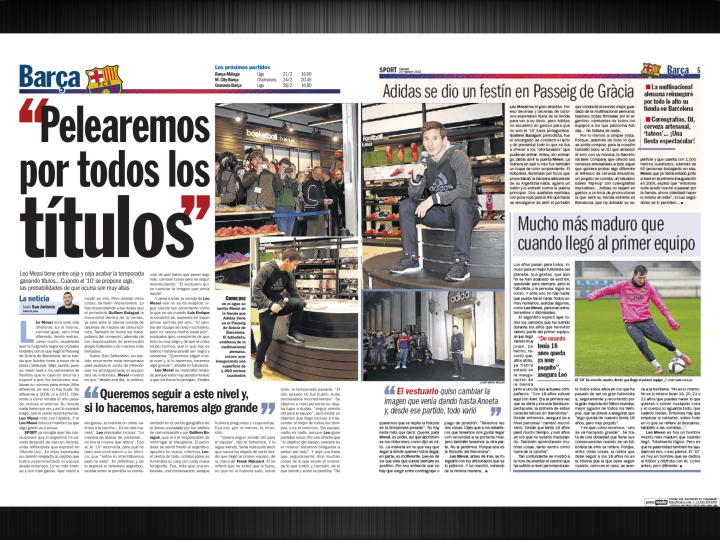 The Adidas HomeCourt brings to life adidas’ proud and authentic sports heritage and provides the consumer with a unique and interactive shopping experience. Adidas also followed and promoted the event intensively on the brand’s Twitter account as you can see below these lines. 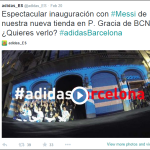 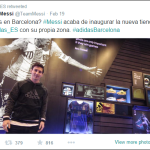 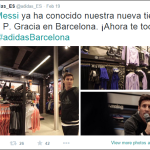 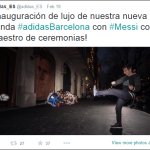 A few days later, and with the store fully functioning, Luis Suárez also visited the store and surprised a few of the customers that were there at the time.