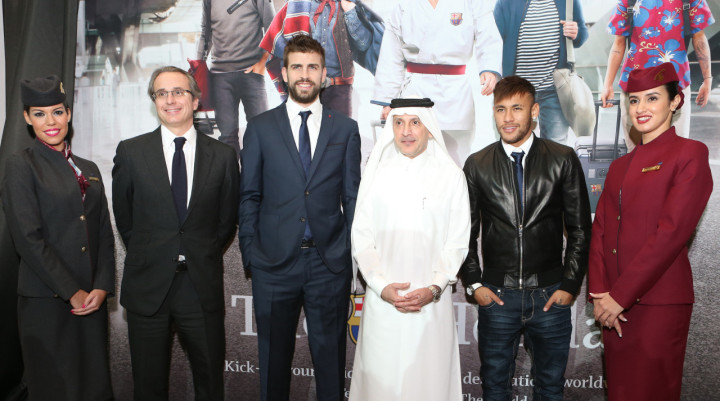 Qatar Airways officially launched their new marketing campaign at the beginning of February, supporting the three-year partnership between the airline and FC Barcelona at a press conference held in Doha, Qatar. After the huge success of the first TV spot, The Land of FC Barcelona, depicting the imaginary world of FC Barcelona where Messi taught football skills and Iniesta was an artist, the five-star airline unveiled their second campaign in Doha, with the presence of Neymar Jr. and Gerard Piqué, who also took the opportunity to capture it and post it on Twitter. 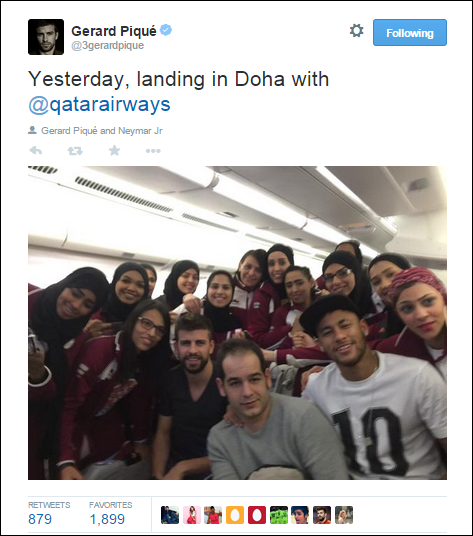 The brand, FC Barcelona’s shirt sponsor,  didn’t want to forget any of the best players and, starring stars Lionel Messi, Neymar Jr., Gerard Piqué, Andrés Iniesta and Luis Suárez, Qatar Airways’ new commercial has the players visiting a number of destinations within the airline’s extensive network. The spot takes a humorous look at the players participating in a number of different activities at each destination.