Jesús Navas conceded an exclusive interview and spoke at the launch of EA Sports FIFA 2015 last month. The player was chosen by EA to take part in a photo shoot and to speak for the media afterwards. The exclusive interview, where he spoke about his club and about the national team, would then be published in different media (Telegraph, The Sun, Daily Star, Sky Sports, etc.) along with one of the branded pictures that were previously taken.

This format is very popular in the UK and becoming more and more popular in other markets such as Spain. As we can see in the example below these lines the interview got nice media coverage and it provided EA with good exposure and visibility. 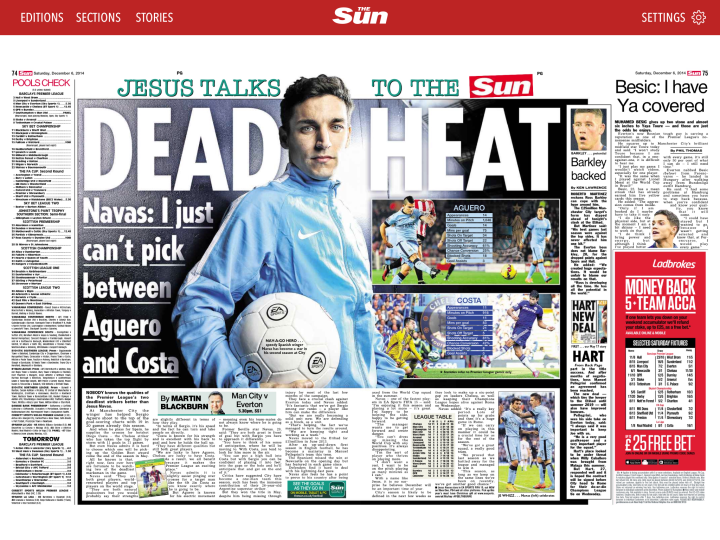