Proving his excellent momentum and how vital and decisive he is on the pitch, Agüero was awarded by Barclays Premier League last month. Kun scored three goals and bagged 2 assists in November and was the worthy recipient of the Barclays Player of the Month award.

He’s been so good so far this season that Manchester City have been accused of becoming a one-man team; it’s an unfair tag, but at times Sergio Agüero really has saved the Premier League champions with some virtuoso performances.

And that’s not even including his hat-trick against Bayern Munich in the Champions League! 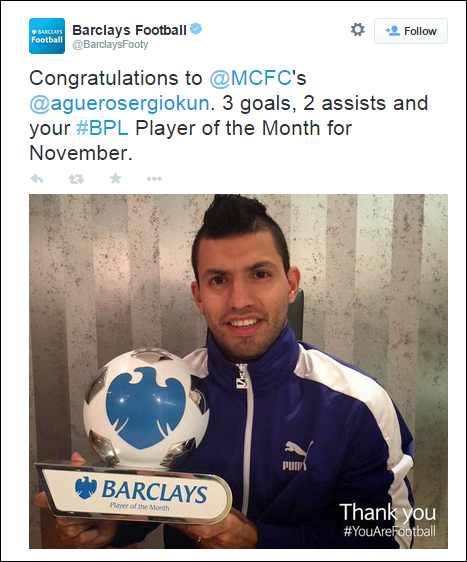