The Argentine was one of six nominees along with City team-mate Yaya Toure, Liverpool’s Raheem Sterling, Morgan Schneiderlin of Southampton and Chelsea pair Eden Hazard and Branislav Ivanovic.

He said: “It’s a really, really special award because it’s from the fans. I’d like to thank the players and staff at the club.

“In the last three seasons we’ve never given up – it’s my style and City’s style, but we’ve got the squad to stay in the title race.” 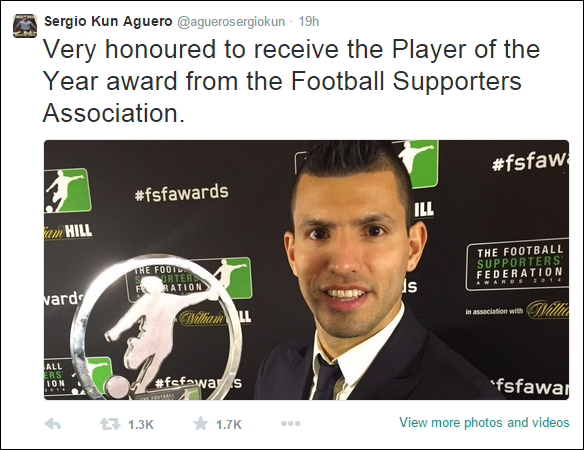