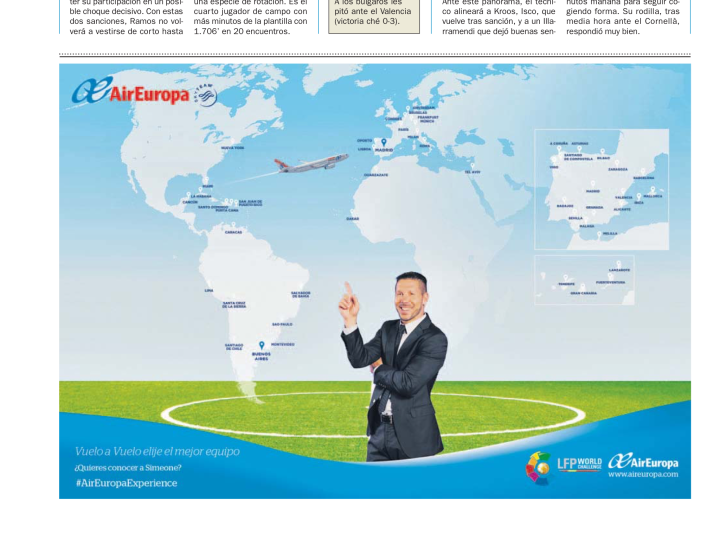 Last month Atletico Madrid’s coach Diego Simeone was announced as the outstanding ambassador for the Madrid-Buenos Aires route Air Europa. During the month of December Simeone featured as the new image of the airline through print media of Spain and Argentina (as seen on the example above) as well as social networks.

And thanks to the launch of Air Europa Experience, the new platform created by the airline that offers the possibility to enjoy unique moments next to a celebrity, Simeone fans will have the chance to meet him in person.

Those interested only had to use the #AirEuropaExperience hashtag, via Twitter, and show how much they know about football to get an appointment with the Argentinian manager.

On top of that, and as part of the agreement, Air Europa will be hosting the official website of Simeone during the next year.