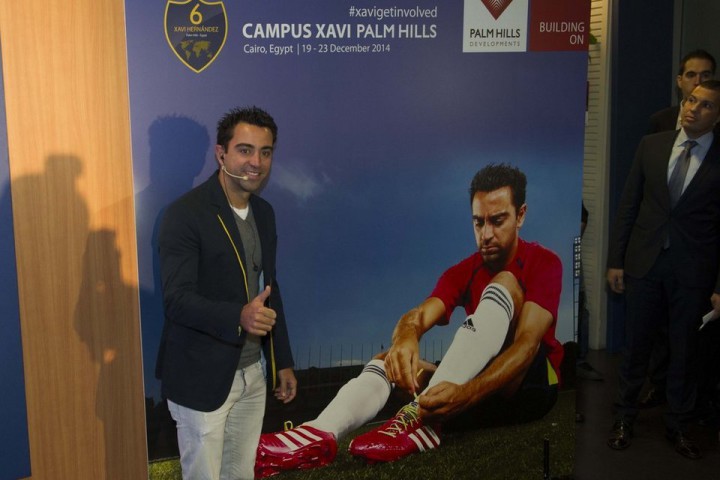 Xavi Hernández recently launched, in a largely media followed event (see example from AS below), his new Campus to be held in Egypt for the first time. After 16 consecutive years of holding Campus Xavi in Gerona, Spain, with participation of more than 20.000 Kids from all over the world, Xavi Hernández in Collaboration with Doyen Sports, and Bookurstar have created now the first World Tour for Campus Xavi.

During Winter breaks, Campus Xavi World Tour will start in 2014 in Egypt with the Campus Xavi Palm Hills and move around the globe for 5 successive years. Campus will be under the direct management of Xavi Hernandez, his family, and 15 certified trainers and 500 Egyptian Kids will participate in a 5 day Campus Program.

The launch of the campus gathered a large number of different media and the player answered all the questions from the journalists, that would later publish the interview along with some comments and exclusive pictures from the event. 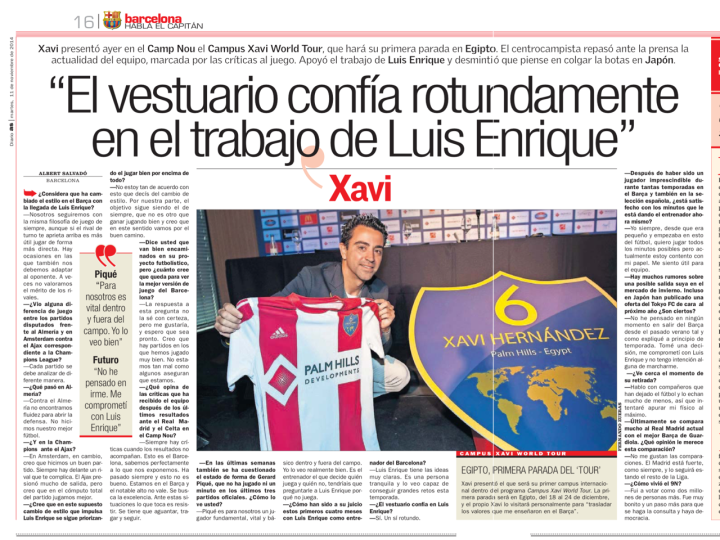