Atlético has a few very international partners such as Huawei or Azerbaijan. What better to promote a global brand like Huawei than using international players from all around the World? Atlético has been growing fast in the last few years, improving its numbers on and off the pitch. With this new status Atlético de Madrid has seen some great international players join the team in the last few seasons. In the latest ad with Huawei we can see an example of this. Atlético’s captain Gabi features next to Mario Suárez (Spain), Arda Turan (Turkey), Antoine Griezmann (France) and Raúl Jiménez (México). 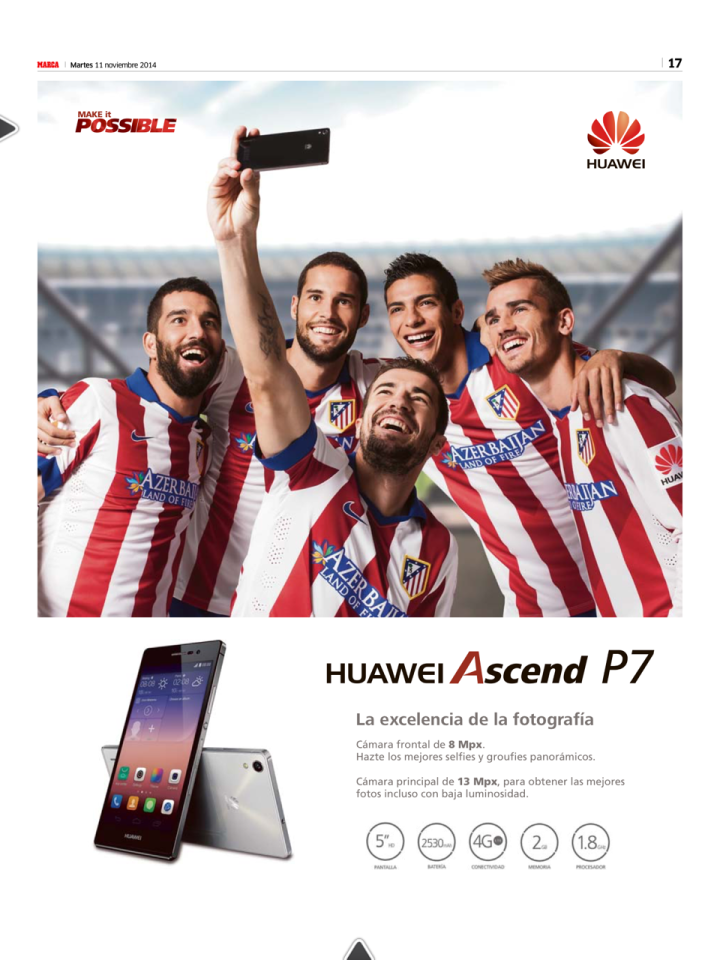