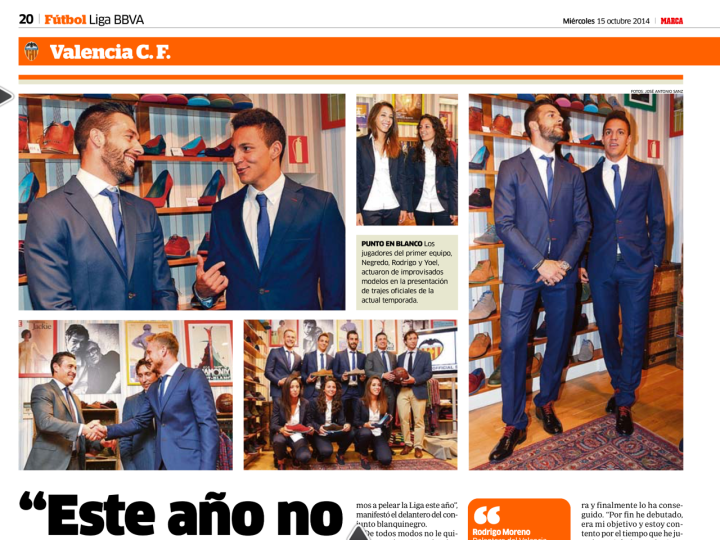 Álvaro Negredo moved to Valencia last summer and the club is already including the player in most of the promotional activities that the club does with their different partners and sponsors. Negredo is one of the most international players that the club has and Valencia CF is already using his popularity to its favour.

One month ago the club renewed its partnership with El Ganso for two more seasons and the club chose Negredo to be the star in the presentation of the new line of suits, next to team mates Rodrigo and Yoel and some players from the women’s team.

The act was covered by different media and later published in important newspapers and digital sites such as Marca (see example above), giving both the brand and the club (and Álvaro Negredo and the other players) visibility and media exposure.

But not only Valencia used Negredo for the presentation of the new suits… He was also recently chosen to be one of the stars of the new promotional campaign by Estrella Damm, campign that will see some Valencia fans attend home games invited by the club’s Official Partner.

Videos of both events can be seen clicking on the links below these lines:

Estrella Damm – Promotional campaign “Estrella gets you to Mestalla”