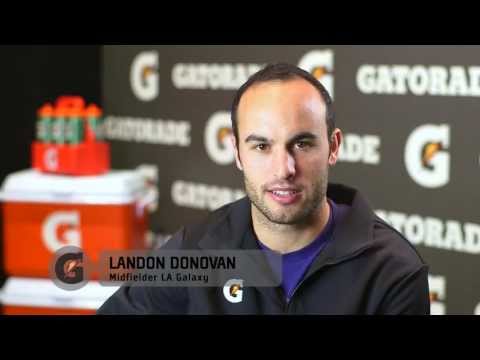 US star Landon Donovan is one of Gatorade‘s ambassador and he has been with the brand for a while. He is a football (soccer) idol in the US and probably the most recognizable football (soccer) player in the US, next to Clint Dempsey or Tim Howard. He was not called to take part in the US expedition that would go to Brazil’s World Cup in a controversial decision and after being “forgotten” by the US National Team he also announced that he would quit football at the end of the season. Far from making a big deal out of it his partners and sponsors have found creative angles to approach it and to create new campaigns with his star.

In the last one from Gatorade, Landon Donovan is mimicked by the new generation of American football (soccer) players proving that, despite leaving, he will never be forgotten and his legacy will endure.