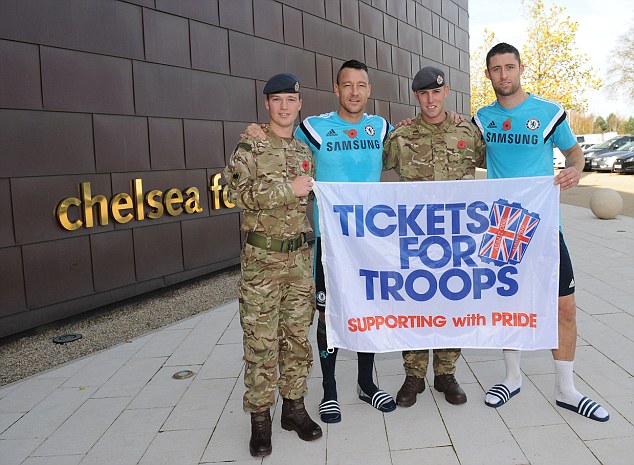 John Terry is this month news for two different reasons, his support to London Poppy Day activities and his 500 match as Chelsea’s captain.

On the one hand, he has been actively supporting London Poppy Day initiatives through their campaign Tickets for troops, in which Premier League clubs release tickets so the troops can enjoy football. He has also participated, next to other football stars, in a unique initiative that saw their voices used to make announcements on the London Underground. The players used across different Underground stations were:

On the other hand, John Terry just celebrated a remarkable milestone… 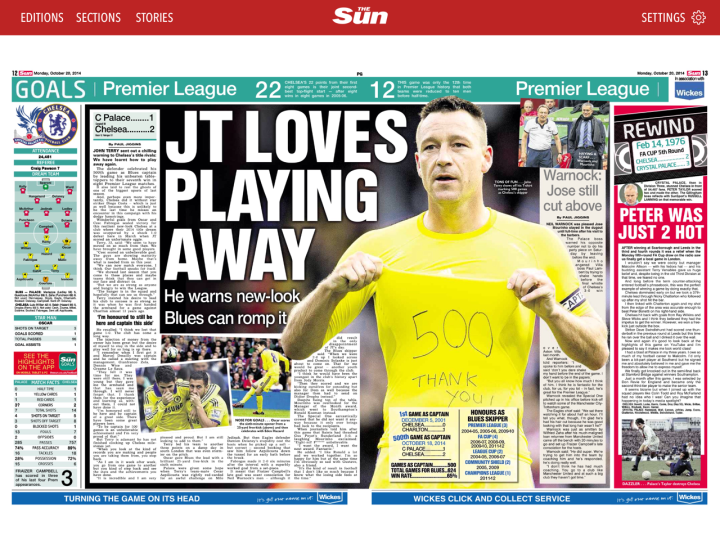 John Terry recently celebrated 500 matches as Chelsea’s captain, which granted him great media exposure. It’s a remarkable milestone that not many players have reached, showing how constant, reliable and what a great leader John Terry has been since he captained Chelsea for the first time back in 2001 just as he was turning 21.

After a 2-1 win against Crystal Palace last month, John Terry unveiled a T-shirt with the words “500 – thank-you!” on the front.

He then spoke about how he felt about setting a modern-day record of 500 matches as the captain of a Premier League club.

“I am in it week after week and you go from one game to another but when you step back and see the stats and the achievements, it is incredible.”

There have been some enormous highs and some lows but his leadership has certainly been colossal. One just needs to have a look at the calibre of the managers who have believed in him: Claudio Ranieri, Jose Mourinho, Guus Hiddink, Carlo Ancelotti, Luiz-Felipe Scolari and Fabio Capello.

No other English club captain has won more than the 13 trophies that Terry has lifted, and you would expect there to be more in the months ahead.