Sergio “Kun” Agüero recently released his autobiography, “Born to rise”. The book explains Agüero’s story with plenty of details and anecdotes and it includes a very special guest. Foreword of the book is by his good friend Lionel Messi.

The launch of the book was a huge success and his club, Manchester City FC, helped the player raise awareness through a book signing session and a series of interviews where he gave some highlights and explained some of the stories that can be found inside his autobiography. 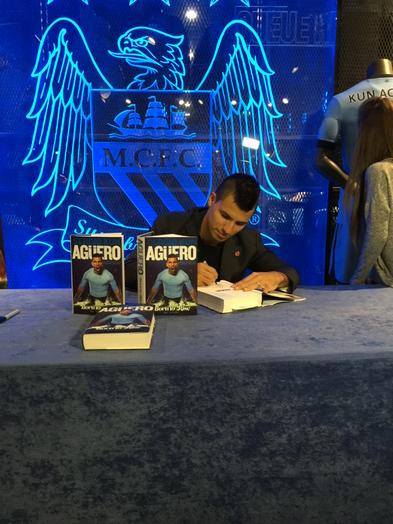 The player himself took advantage of his popularity on Social Media to promote the book through his Facebook account and to encourage his fans to read his story. 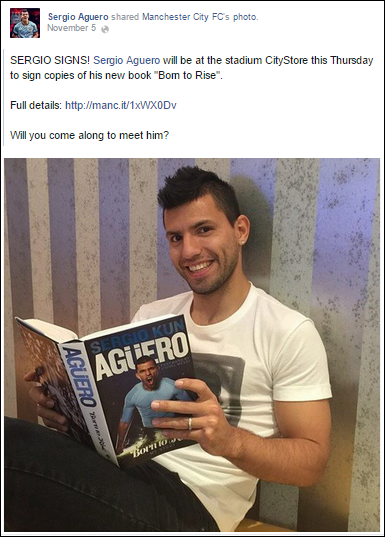 Clicking on the following links you can see 6 short videos produced by the club, where Sergio explains some of the amusing things that can be found inside the book.

Part two – “Home is where the pitch is”

Part six – “Asleep on the pitch”