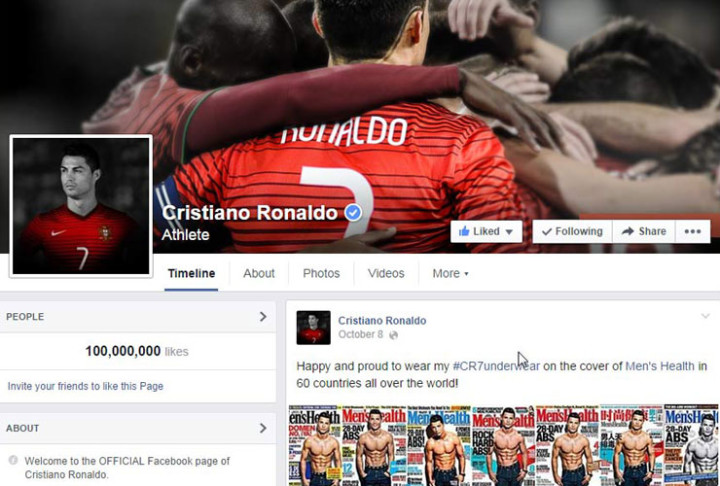 Social Media platforms are extensively used by athletes and celebrities to engage with their fans but there is one particular athlete that is the legit king of the net. That is Portuguese football star Cristiano Ronaldo, who recently reached 100m likes on Facebook. He is the most popular football player on the net and particularly on Facebook, where the second one in the rank is far from him, Leo Messi with 75m likes. The only celebrity to ever reach 100m likes had been Colombian singer Shakira’s official account. 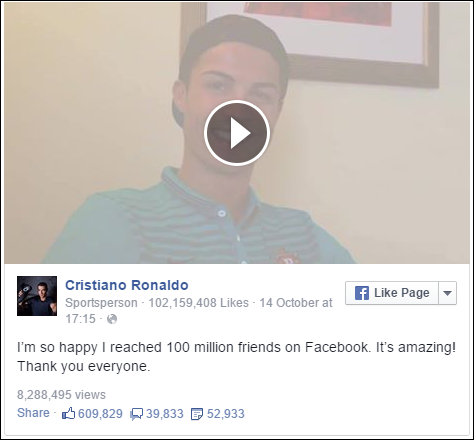 Combining Facebook, Twitter, Instagram and Weibo, Cristiano Ronaldo has more than 150m fans/followers which is well ahead of all other athletes. He wanted to share his happiness with his fans when he reached 100m: