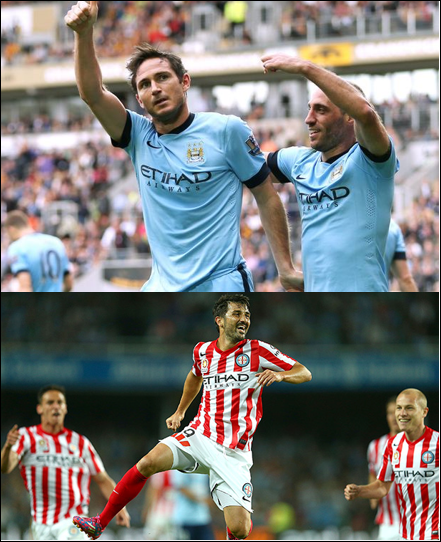 While getting ready for their new adventure in New York, Frank Lampard and David Villa are already making an impact in their teams.

Frank Lampard has already played 6 games for Manchester City and his contribution to the team is impressive so far. He has managed to score 4 goals and give 2 assissts in these 6 games. Remarkable numbers for a midfielder and one of the reasons why most of City’s supporters love him already.

David Villa, on the other hand, made his debut for Melbourne City FC last weekend doing what he does best, scoring a goal.

Afterwards, he shared his thoughts (in Spanish) on the first game with Melbourne City FC with his fans on Twitter.