Every year around these dates there’s an event that can’t be missed in Munich. That is Bayern Munich’s traditional trip to Oktoberfest, the huge beer festival held in Bavaria.

For some, including Xabi Alonso who joined from Real Madrid over the summer, it was their first taste of the festival. Others, including Bayern mainstays Phillip Lahm and Thomas Muller, looked at ease in their Bavarian Lederhosens. Manager Pep Guardiola was also at the festival and appeared more than happy to raise a glass and celebrate with his team.

As usual, there were some great pictures from the event as the football stars donned traditional dress and brought along their families for the event.

The whole team had to participate in a photo shoot session, organized by Paulaner (one of Bayern Munich’s partners) dressed with the traditional Bavarian outfits prior to visiting the Oktoberfest. 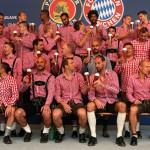 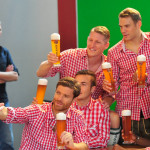 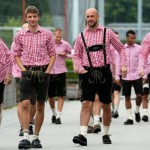 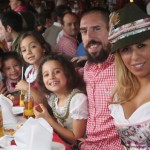 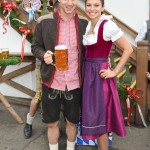 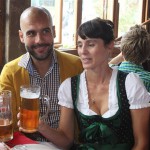 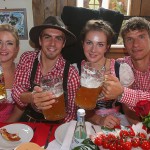 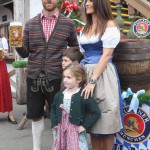