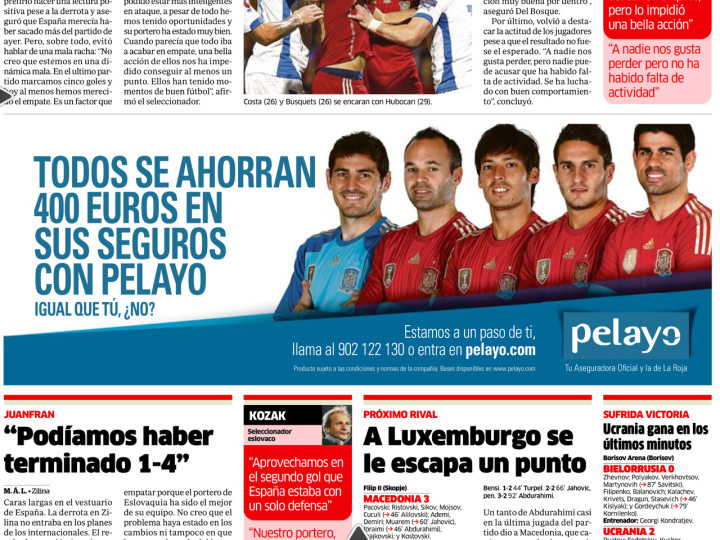 Insurance brand Pelayo has a long standing relationship with the Spanish National Team and the brand recently announced that both parts are extending their partnership. Pelayo and the Spanish National Team have been together since 2008 and it’s the first brand to renew its sponsorship with the team since Brazil’s World Cup, showing the brand believes in the team. In ths occasion the brand has chosen David Silva to feature in the newest ads next to Iker Casillas, Andrés Iniesta, Koke and Diego Costa, proving that the Manchester City FC player is an important piece of Vicente Del Bosque’s new project.