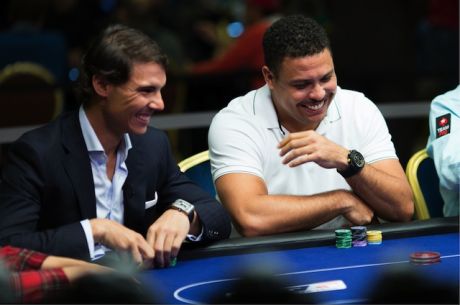 It all came about after Brazilian football legend Ronaldo challenged his fellow PokerStars ambassador Rafa Nadal to a live head-to-head poker game. It goes without saying that Rafa accepted the challenge. He actually won and now it’s time for Ronaldo‘s revenge.

It has been several months since the pair last faced off against each other at the poker table. That came last December, in Prague, during the European Poker Tour Prague Charity Challenge. Back then the likes of Daniel Negreanu and Fatima Moreira de Melo were also part of a special six-handed tournament, only to watch new boy Rafa smash his way into first place, raising €100,000 for good causes in the process. 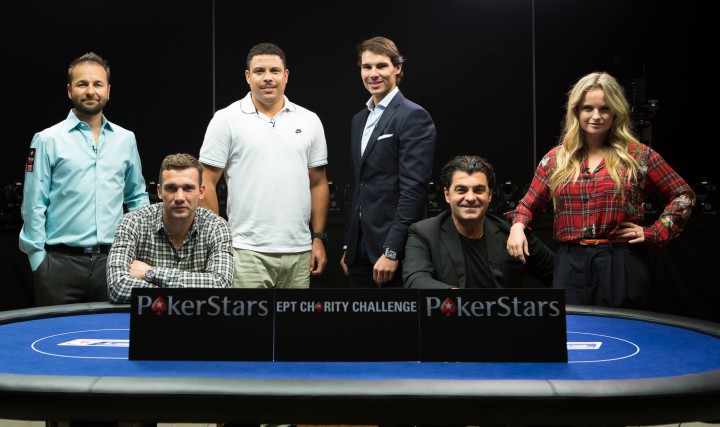 Now the football legend wants his revenge and he said “I challenged Rafa to a rematch after finding out he was preparing for another live poker game”. He added “The last time we played together Rafa won the match and it was a lot of fun. This time it will be different, though, because I have been improving on my own poker strategy and will be more prepared.”

The Duel itself takes place at 19:00 CET on November 6, with Rafa and Ronaldo playing heads-up for one hour, after which the winner will receive $50,000 to be donated to the charity of their choice. The Duel will be webcast live at PokerStars.tv and it sure will be interesting to watch.

PokerStars are doing an excellent job with their ambassadors in a delicate category like this one. It may sound challenging to have an athlete as the ambassador of a Poker brand but PokerStars is proving to be very sensitive and creative about it and making the best of their ambassadors to build great campaigns. Below these lines their latest videos, where Rafa Nadal pretends to be a pilot in front of his surprised clients and tries to make people think he has amnesia.